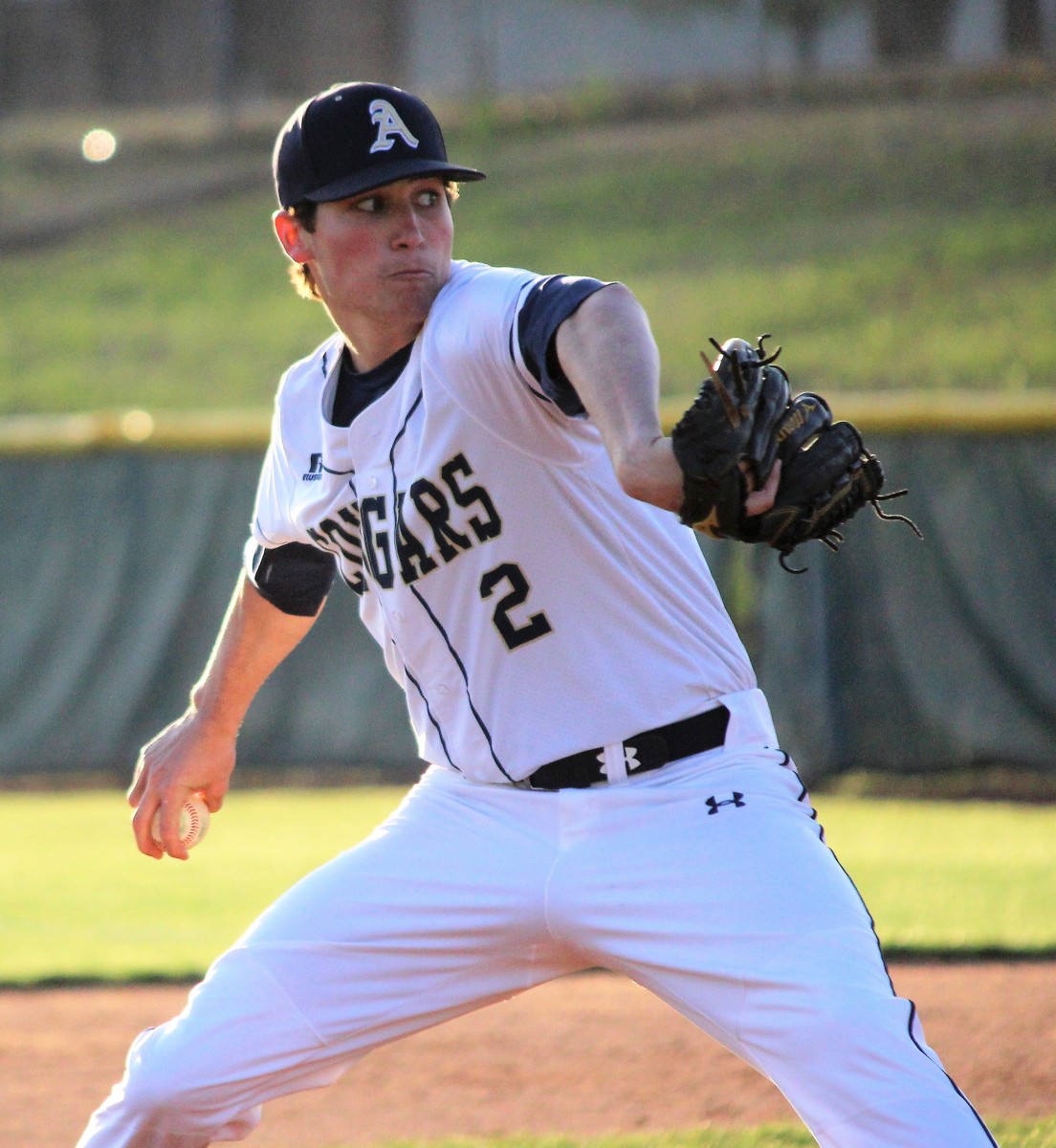 ACHS Senior hurler Zach Hammer fanned a career-high 17 batters and did not allow a hit in six inning to lead the ACHS Varsity Cougar Baseball Team to a 5-0 home win over the McDowell Titans on Friday night, March 23, at Gryder Stadium.

Hammer, who was lifted from the game due to the state’s pitch count rule, earned the mound win for the Cougars, which improved to 9-1 overall and 5-1 in league games.

Josh Lafone had two hits and three RBI to lead the Alexander offense, while Byron Younts added one hit and two RBI.

In Friday’s JV game, ACHS remained unbeaten with a 7-4 win over McDowell. 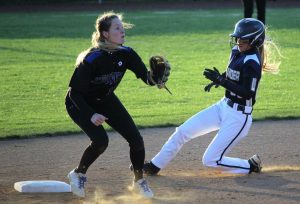 Alexander’s Lanie Goforth slides safely into second base on a stolen base attempt vs. McDowell

Julie Gast, Alexis Walter, and Mattie Starnes tallied three RBI each to lead the ACHS Varsity Softball Team to a 16-3 win over McDowell’s Titans on Friday at Central Park.

Gast hit her fourth homer of the season in the first inning and finished the game with two hits and four runs scored. Walter and Lanie Goforth had three hits each, while Starnes and Chesney Millsaps paired hits.

Millsaps earned the pitching win and improved to 9-2 on the season after holding McDowell to three runs on just six hits. 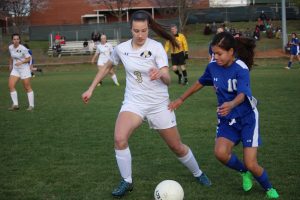 In the JV game, McDowell claimed a 14-8 win over the Cougars.

In Friday’s varsity women’s soccer match at Central Park, ACHS scored a pair of second-half goals to knock off McDowell 3-2. With the win, ACHS improved to 5-1-1 overall and 2-1-1 in league matches.