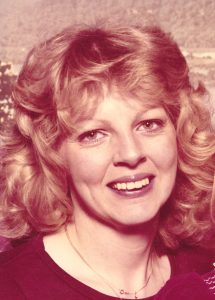 Linda Sue Troxclair (Carlson), 65, of Taylorsville, passed into the loving hands of our Lord on the morning of Palm Sunday, March 25, 2018 at her residence in Alexander County.

She was born on August 21, 1952, in Alexander County, to her late parents Ivan and Rosie Carlson (Reece). Linda was also preceded in death by two sisters, Rachel Martin and Judy George; mother-in-law, Sue Troxclair; and many close aunts, uncles, other relatives, and friends.

Linda and Ronnie were charter members of Holy Trinity Catholic Church in Taylorsville. Linda was involved in several church ministries, including teaching catechism. She finished her career working as a billing and insurance clerk at Hart Industry Clinic in Hickory.