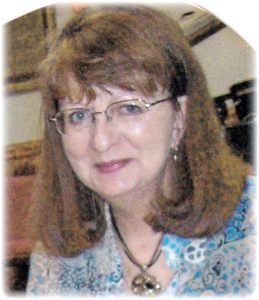 Shirley Ann Wiles Kiser, 64, of Taylorsville, left this world for her heavenly home to be with her Lord and Savior on Sunday, March 25, 2018 at her residence.

She was born on October 20, 1953, the daughter of the late Samuel and Juanita Smith Wiles. During her lifetime, she had worked for Bassett Furniture in Hiddenite. Shirley was a member at Wayside Baptist Church and was always willing to lend a helping hand.

She loved crafts, crocheting, sewing, and gardening, but most of all loved spending time with her family. Shirley also loved children and would babysit for a number of people. She had a great love and care for others, especially as a wife, mother, grandmother, sister, and friend.

She was truly a jewel in this world that will greatly be missed but forever in our hearts.

Along with her parents, she was preceded in death by an infant son, Sammy Lee; and her brothers, Robert and Rickey Wiles.

In lieu of flowers, memorials may be sent to Shirley Kiser Memorial Fund at PO Box 40, Taylorsville, NC 28681.