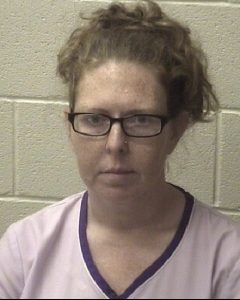 A former local nursing home director has been sentenced in a case in which she substituted medications to obtain drugs fraudulently.

The defendant, Holly Kristen Lawing, was former Director of now-defunct Alexander Assisted Living. According to Alexander County Sheriff Chris Bowman, the investigation showed that Lawing was substituting non-controlled medications for Hydromorphone and Xanax.

She received a sentence of a minimum of 6 months and a maximum of 17 months on each, to run consecutively, with credit for the 225 days she spent in pre-trial detention, those active sentences were suspended and she was placed on supervised probation for 30 months. Lawing was released immediately upon the plea being entered.

Harbinson stated that Lawing must undergo substance use counseling and treatment as part of the sentence.

The Honorable Jeff Hunt was the judge presiding.

Public records show that Lawing was charged and convicted of a similar offense in Burke County Superior Court in 2011.