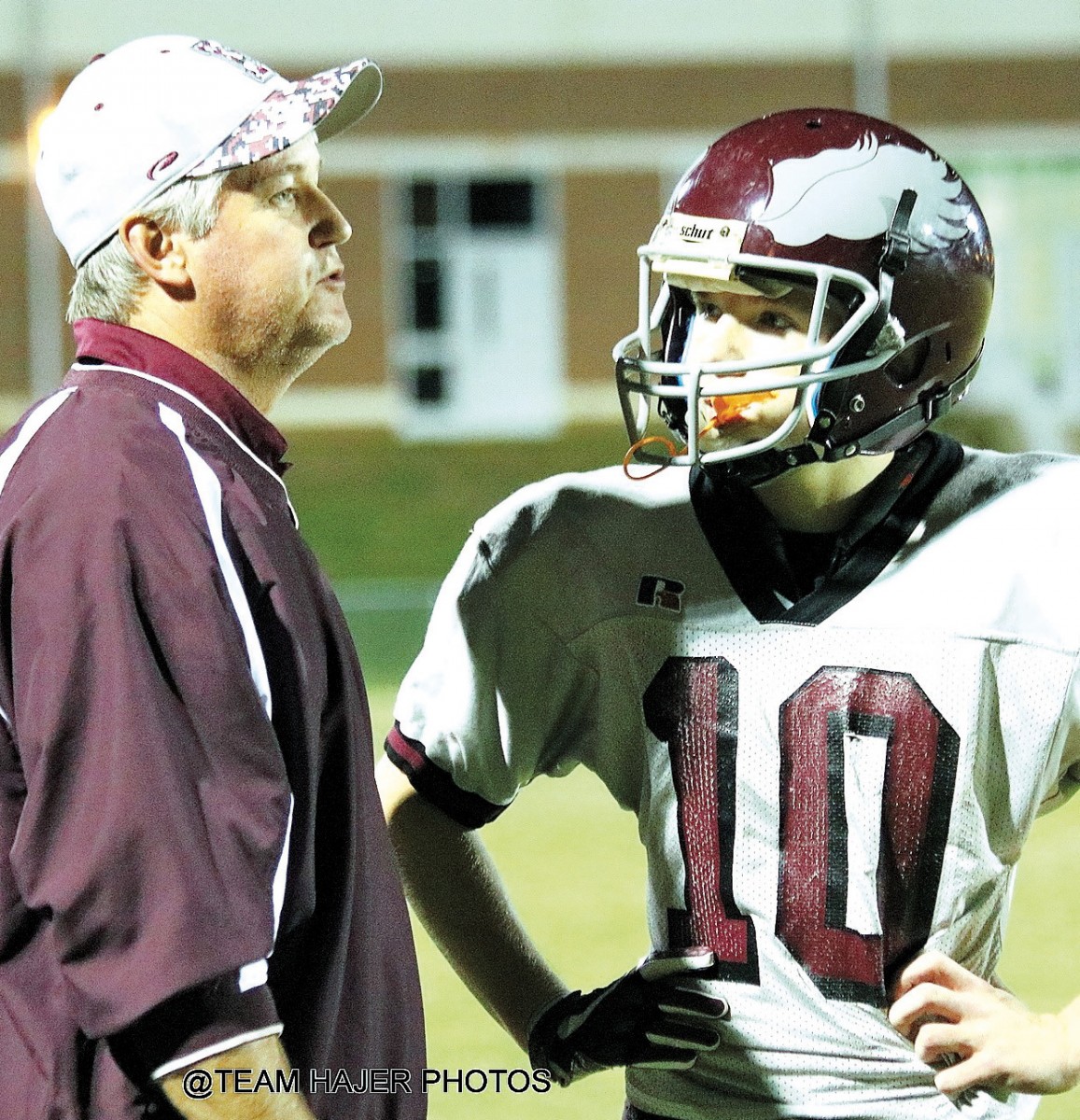 Fox coached the past 16 seasons at EAMS.

Longtime ACS Teacher and Coach to take over in June

A coach in the Alexander County School System is the new football coach and athletic director at Statesville Christian School.
Todd Fox, who will start in June, is replacing Angelo Cox as head football coach. Cox, who guided the Lions to a 2016 state championship and a playoff berth in 2017, retired from SCS in January to accept a corporate position with Chick-fil-A in Columbia, South Carolina.
SCS head of school Dr. Barry Redmond said Fox was chosen from an initial group of 40 candidates.
Fox, who has coached in the Alexander County Schools for thirty-three years, will assume his full-time duties following his state retirement. Until then, he will begin working with SCS in the afternoons as he establishes weight training regiments for the upcoming season and begins building relationships with staff, student athletes, and families, Redmond said.
Fox has coached for a total of 33 years, including 16 years at East Alexander Middle School where he was head football coach, girls’ and boys’ basketball coach, and golf coach, along with his full-time duties as a health and physical education teacher. He also taught and coached at Alexander Central High School for a total of 17 years in the area of conditioning and strength as well as advanced physical education  classes.
During his years at ACHS he served in virtually every football coaching role, including wide receivers, running backs, linebackers, defensive backs, defensive line, and as special teams coordinator. He was also the JV head coach and both offensive and defensive coordinator at various times. During his high school tenure, he was also the golf team coach for 16 years, and coached track for three years.
Fox has also been a sponsor for Fellowship of Christian Athletes, and has participated in numerous other events including Hoops for Heart as coordinator, and Volunteer for Operation Christmas Child.
Fox is a graduate of Liberty University where he earned a bachelor of science degree in physical education, and has also earned a master’s degree in school administration from Gardner-Webb University. His extensive experiences in football, along with his other coaching experiences at both the middle and high school level, coupled with his administrative degree, made him a strong candidate for this dual role at Statesville Christian School.
“First and foremost, the ideal candidate for this role needed to be a committed Christian whose life has clearly demonstrated their faith and loyalty to Christ, coupled with the obvious skills necessary for coaching and directing athletics,” Redmond said.
Fox is known for his Christian example and can clearly demonstrate a lifetime of service to others, he said.
Currently he is a deacon, Sunday School Superintendent, and teacher at Fairview Baptist Church in Hiddenite.
Fox is married to the former Lisa Barker, and the couple has two grown daughters – Kayla Barr (Durant) and Lauren Mull (Seth). They have one grand daughter, Ila Kate Barr. He is the son of the Rev. Ruel and Shirley Fox. The elder Fox is well-known and respected in the area, having preached for more than 43 years.
Redmond said he is excited to welcome Fox on board at SCS.
“Finding the ideal candidate who was a Godly man with extensive football experience and one who has administrative skills sufficient to handle athletic director work, was a tall order. I am thrilled that we have found such a person in Todd Fox. I believe he will be a wonderful coach, mentor, and director to help lead our athletic program,” Redmond said.
Statesville Christian School is entering its fourth season of football and third season as a member of the North Carolina Independent Schools Athletic Association football program. In year two, the Lions won the state title for their division and this past year they posted a 9-2 season. Although 13 seniors are graduating, Fox is excited to develop and train the next edition of Lions football.
“I believe that God has provided me with this amazing opportunity to be a part of Statesville Christian School. I am committed to doing all I can do to equip and train young people for Godly service. Running quality athletic programs along-side strong spiritual and academic programs helps us to teach important life lessons that go far beyond the wins and losses,” he said.
(Courtesy statesville.com/Statesville Record & Landmark)