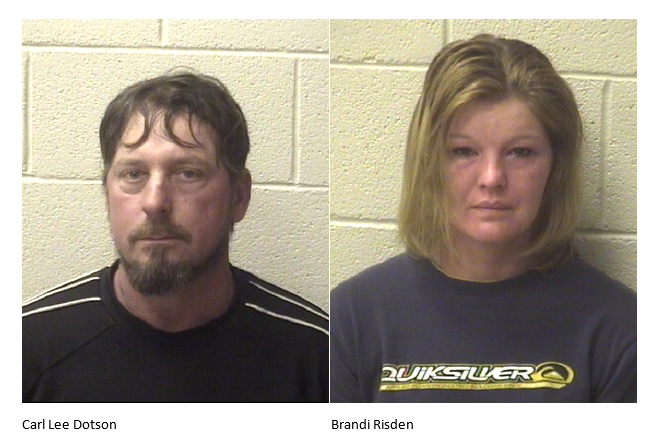 On Tuesday, March 27, 2018, Carl Lee Dotson, W/M, age 48, of Taylorsville was issued a warrant for failing to appear on charges of Assault Inflicting Serious Bodily Injury and Assault by Strangulation in Alexander County Superior Court. Officers attempted to locate Mr. Dotson at his residence located on Lindsey Bebber Rd.

Earlier, during the investigation, it was discovered that Brandi Risden, Mr. Dotson’s girlfriend, was missing with their four-month-old daughter. There have been previous domestic disputes at this residence, involving Mr. Dotson and Ms. Risden, which led to an active Domestic Violence Protection order against Mr. Dotson from Ms. Risden.