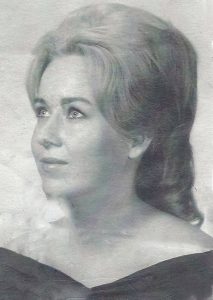 Ms. Orren was born March 14, 1945, in Alexander County, the daughter of the late Howard Cedric and Pauline Brown Orren.

Brenda was of the Christian faith and she was proud of her family, especially her grandson, Max Morrison of the Marine Corp. She had organized the Brittany Nicole Morrison Foundation, after the passing of her granddaughter. She also loved to go to the beach.

Including her parents, she was preceded in death by her granddaughter, Brittany Nicole Morrison.

Those left to cherish her memory include a daughter, Paula McCorkle and husband Dennis of Lincolnton; a son, Jeff Morrison of Lincolnton; a grandson, Max Morrison and wife Alisha of Camp Lejeune; a sister, Laura Hope Orren of Hickory; and a brother, Ronald Howard Orren of Taylorsville.

Adams Funeral Home and Cremation Services is honored to be serving the Orren Family.