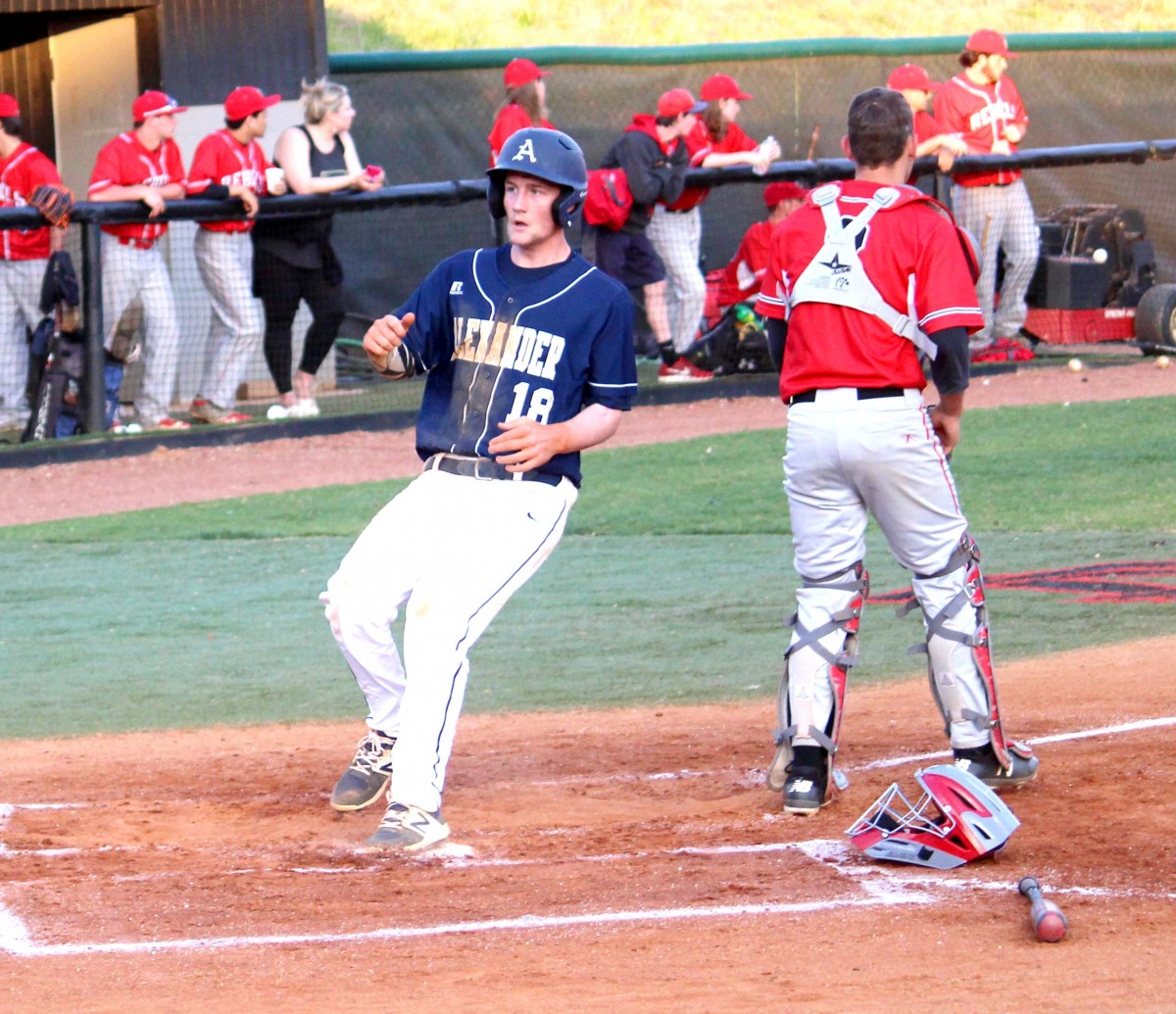 By D.N. PENNELL, Jr.
The ACHS Varsity Baseball Team punched its ticket to the finals of the Catawba Valley Classic with a come-from-behind 5-4 win over the West Lincoln Rebels at the Hickory American Legion Fairgrounds on Tuesday night, April 3.
The Cougars rallied from one run down late in the game and snapped a 4-4 tie in the home half of the sixth inning on an RBI double off the bat of Jeremy Hubbard.
Hubbard’s double down the right field line came on a hit-and-run play and plated a sprinting Daniel Dessecker all the way from first base. Dessecker’s dash home put the top-seeded Cougars on top for good and sealed the team’s spot in Wednesday’s finale against Hickory High School.
Behind two RBI from Josh Jacobs, the Cougars built an early 3-0 lead in Tuesday’s semi-final game.
However, West Lincoln rallied to tie the game with three runs in the third frame. Each team added a single run in the fourth before ACHS scored the game-winner in the sixth stanza.
Jacobs, Dessecker, and Byron Younts led Alexander’s nine-hit effort with two hits each.
On the mound, Nathaniel Moretz earned his first win of the season in relief of Cougar starter Zach Hammer. Moretz spelled Hammer in the fourth frame. He pitched the final four innings of the game and did not allow a run. The senior gave up just two Rebel hits in four innings of work.
The top seeded ACHS Cougars needed just over an hour to dispatch of the winless Newton-Conover Red Devils in the first round of the  Classic on Monday afternoon, April 2.
The Cougars pounded out 15 hits and rolled to an 11-1 win over Newton to advance to Tuesday night’s semi-final round at Henkel Alley Field at the Hickory Fairgrounds.
Josh Jacobs tallied three hits and three RBI to lead Alexander’s offense, while Jeremy Hubbard added two hits and three RBI. On the mound, senior right-hander Justin Cook tossed a complete game, three hitter to improve to 4-0 on the year. He struck out four.
Alexander, which improved to 13-1 with Tuesday’s semi-final win, advances to the title game of the annual Easter event tonight at 6:30 pm. ACHS will face Hickory in the title game as the Cougars seek the school’s first Easter Classic title since 2005.