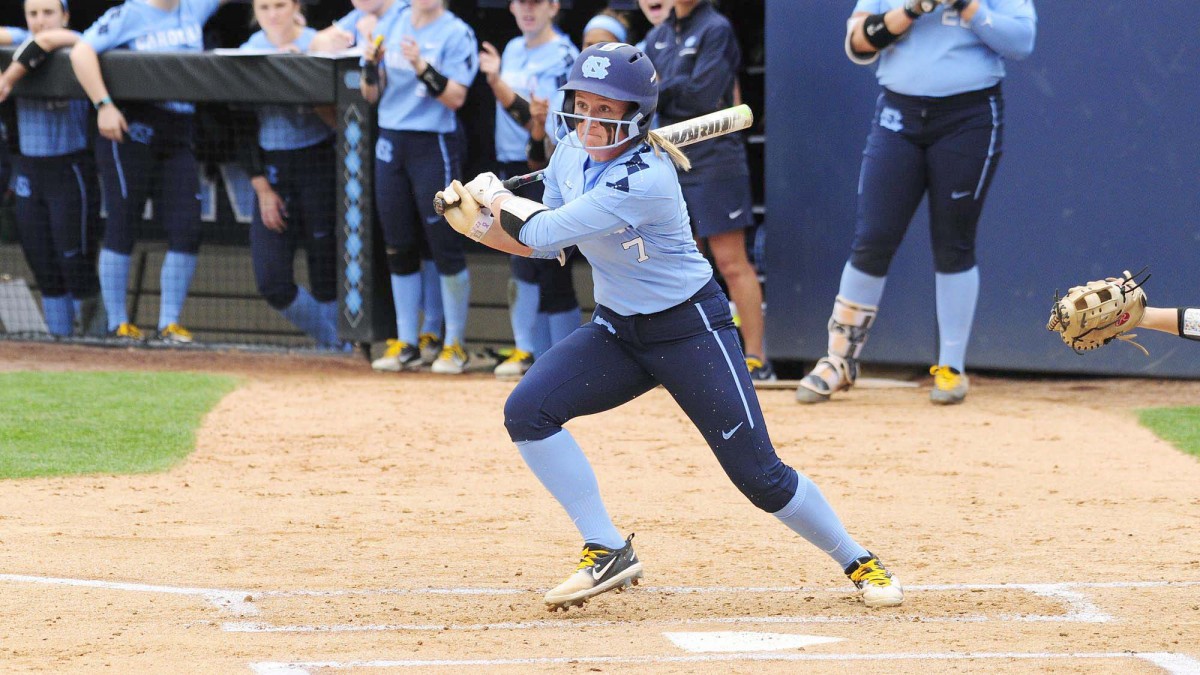 GREENSBORO, N.C. – For the second time this season, senior Taylor Wike has been named the ACC Player of the Week, as announced Tuesday afternoon by the league office. This is the fourth weekly honor for the Tar Heels in 2018.
With two hits in each game, Wike led Carolina’s offense to a 3-1 week on the road with a .571 average and a .647 on-base percentage. Scoring six runs and driving in five, the senior stole three bases and only struck out once in 14 at-bats. Wike began the week, going 2-for-4 at Winthrop with two RBI before matching her performance in the series opener at Virginia where she logged two hits, scoring three runs and driving in two. Wike continued on Saturday, recording two hits in each game of the doubleheader. The shortstop was also perfect around the bases, collecting five outs while assisting 13 to turn two double plays.
Taylor is the daughter of Mary and Burpee Wike of Hiddenite and is a 2014 graudate of Alexander Central High School.
Wike and the Tar Heels return home to face UNCG Wednesday at 5 p.m. at Anderson Stadium. Stay up to date with Carolina Softball by following the Tar Heels on Twitter and Instagram.