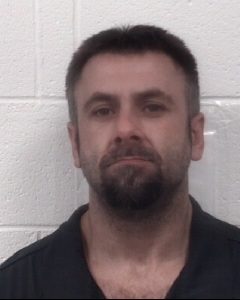 Chuck Allen Church, Jr., 41, of Morganton, was sentenced to 240 months, followed by five years of supervised release. In September 2017, Church pleaded guilty to methamphetamine trafficking conspiracy, possession with intent to distribute methamphetamine, and possession of a firearm by a felon. According to court records, from 2016 to 2017, Church was part a methamphetamine trafficking ring operating in and around Caldwell County. Over the course of the investigation into Church, law enforcement seized methamphetamine, digital scales, drug paraphernalia, a sawed-off shotgun, and $15,158 in U.S. currency. Church has prior felony convictions, including Abduction of Child (2010) and Possession of Firearm by Felon (2012 and 2014), and he is prohibited from carrying a firearm.

In a separate case, Jeffrey Brent Church, 54 (not related to Chuck Church), of Connelly Springs, N.C., was sentenced to 169 months in prison. According to court records, from 2014 to 2017, Church was responsible for trafficking methamphetamine in Caldwell and Catawba Counties and elsewhere. Over the course of the investigation, law enforcement recovered narcotics, $9,569 in U.S. currency, stolen handguns and other firearms, including two AR-15 rifles. In December 2017, Church pleaded guilty to a methamphetamine trafficking conspiracy. In addition to the prison term imposed, Judge Voorhees also ordered Church to serve five years under court supervision upon completion of his prison terms.

The two defendants were charged as part of an ongoing Organized Crime Drug Enforcement Task Force (OCDETF) investigation. According to court documents, since 2015, more than 200 individuals have been prosecuted as a result of this OCDETF investigation. Over the course of the investigation, law enforcement have seized more than 20 kilograms of crystal methamphetamine, $500,000 in U.S. currency and other assets, and dozens of firearms. 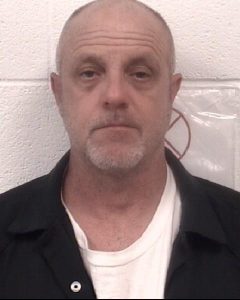 Alexander County Sheriff Chris Bowman stated, “We appreciate the opportunity to work with these and other agencies. This goes to show how important team work is.”

Assistant U.S. Attorney Steven R. Kaufman of the U.S. Attorney’s Office in Charlotte is in charge of the prosecution.