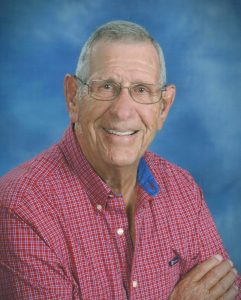 Wayne McDaniel, 78, of Black Oak Ridge Road, Taylorsville, passed away on Friday, April 6, 2018 at his residence.

Mr. McDaniel was born September 13, 1939, in Alexander County, the son of the late John McDaniel and Geneva Pearl Deal McDaniel.

He was a US Army veteran and a faithful member of Pleasant Hill Baptist Church. He worked in the furniture industry, after 33 years he had retired from Davis Specialty in January 2016. He was an avid ACHS girls softball fan.

Including his parents, he was preceded in death by three brothers, Billy McDaniel, Bobby McDaniel, and J.C. McDaniel; and sister-in-law, Gloria McDaniel.

The funeral service will be held at 4 p.m., Tuesday, April 10, 2018 at Pleasant Hill Baptist Church. Rev. Chris Goforth will officiate. Burial will follow in the church cemetery with full military honors accorded by DAV Chapter 84 and Chapter 6. The family will receive friends from 3 – 3:45 p.m., prior to the service.

Memorials may be made to: Hospice and Palliative Care of Iredell County, 2341 Simonton Road, Statesville, NC 28625.

Adams Funeral Home and Cremation Services is honored to be serving the McDaniel Family.