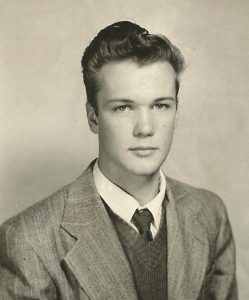 Mr. Scott was born November 19, 1928, in Alexander County, the son of the late Leonard Jasper Scott and Nell Mullis Scott.

He was a US Air Force veteran. He had worked for Taylorsville Savings Bank for 19 years as secretary and treasurer. He was also the treasurer for American Red Cross for 14 years.

Bill was one of the original founders of the ABC Board and also worked for the ABC store, and was also on the Election Board. He was owner of Scott Reality, Quality Gem Shop, where he was a gem stone cutter, and member of the Taylorsville Town Council. Later in life, he was called the institution of the Wilkesboro Flea Market. He enjoyed people and loved fishing and working in the garden.

Including his parents, he was preceded in death by his first wife, Christine Mary Ward Scott, mother of his children and who was also of the Metepenagiag Mi’kmaq Nation; his second wife, Margie Cox Scott; two sisters, Jewel Hines and Jane Lackey; and a brother, Jack Scott.

Those left to cherish his memory include a daughter, Barbara Cromer of Conover; a son, Steven Ward Scott of Taylorsville; two grandchildren, Stephanie Abdelhamid and husband Moustafa of Wilkes, and Daniel Burgess of Taylorsville; and three great-grandchildren, Darrion Hague, Alaine Hague, and Trinity Harless.

A graveside service will be held at 11 a.m., Wednesday, April 11, 2018 at Taylorsville City Cemetery. Rev. Bill Smith will officiate.

Memorials may be made to: American Red Cross.

Adams Funeral Home and Cremation Services is honored to be serving the Scott Family.