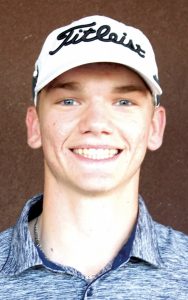 ACHS senior Garrison Millsaps tallied a two-over-par score of 74 to capture medalist honors on the day. Millsaps led Alexander to a third place finish and a team total of 320. Hunter Braswell fired an 82 for the Cougars, while Cole Carrigan (82) and Garrett Sipe (83) rounded out the team scoring.
In the overall standings, West Caldwell posted a team score of 316 to win the match. St. Stephens was second at 318, followed by ACHS , Hickory, Watauga, South Caldwell, Freedom, and McDowell.
Hickory continues to lead the overall scoring for the season with a team total of 1,278. West Caldwell is second, followed by St. Stephens and ACHS (1314) . The Cougars are scheduled to host a NWC match on Thursday, April 12, at 3 pm at Brushy Mountain Golf Club in Taylorsville.