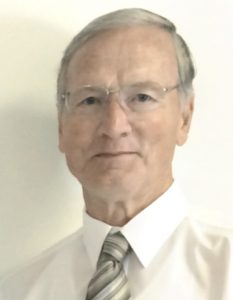 Mr. Millsaps was born November 26, 1940, in Alexander County, the son of the late Burgess Millsaps and Nell Campbell Millsaps.

He loved fishing, watching Sunday races, Sunday afternoon naps, and listening to gospel and bluegrass music. Before declining in health, Jennis was an avid runner, where he completed 5K and 10K races.

After retiring from Alexvale Furniture, where he was a supervisor, he began his retirement by traveling the United States in an RV with his two cousins, Wayne Windsor and the late Jerry Windsor. Jennis was a loving husband, father, grandfather, and a great-grandfather.

Including his parents, he was preceded in death by an infant sister.

The funeral service will be held at 4 p.m., Wednesday, April 18, 2018 at White Plains Baptist Church. Rev. Tony Daniels will officiate. Burial will follow in the church cemetery. The family will receive friends from 2 – 3:45 p.m. prior to the service.

The family would like to express a special thanks to Valley Nursing Center and Hospice of Iredell County for the kindness you had shown to our family during his time of illness.

Memorials may be made to: Hospice of Iredell County, 2347 Simonton Road, Statesville, NC 28625.

Adams Funeral Home and Cremation Services is honored to be serving the Millsaps Family.