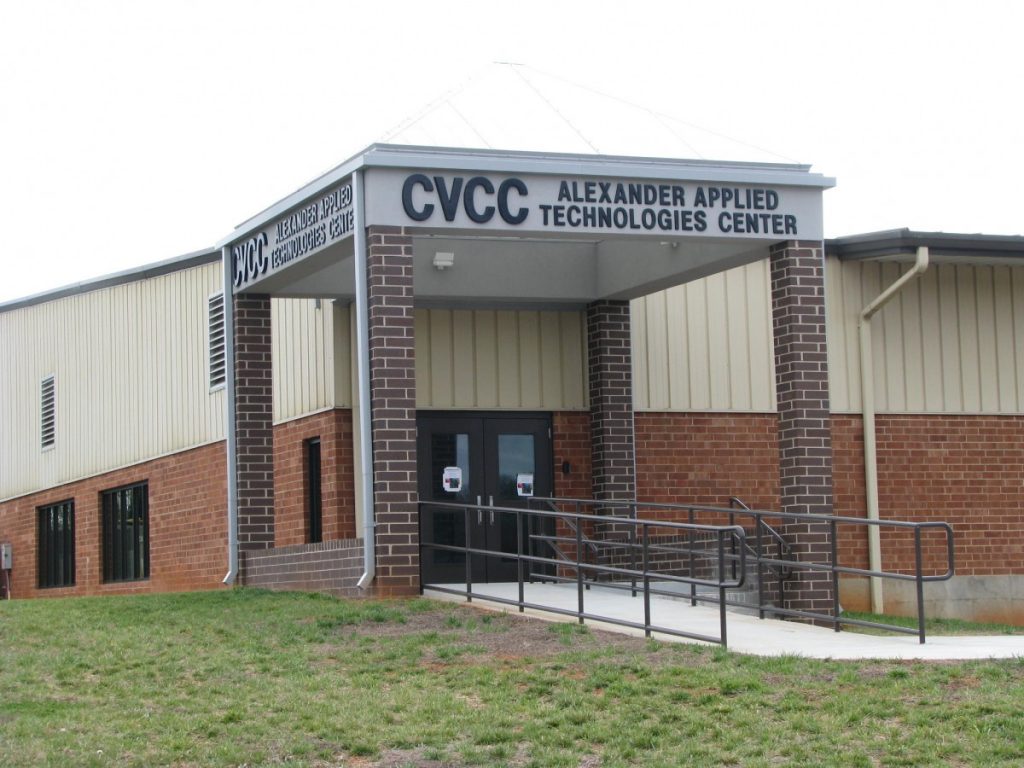 The CVCC Applied Technology Center is currently housing the Alexander Early College, but county government officials say it was intended as a temporary home and the AEC program should be moved out, to accommodate worker training.

Alexander County officials recently provided a formal request to Alexander County Schools to relocate the Alexander Early College at the end of the 2017-2018 school year. The early college has been utilizing space in the CVCC Alexander Applied Technologies Center, which is owned by Alexander County Government, according to a County press release.

In October 2012, Alexander County purchased the 37,500 square foot building, as well as an adjacent building, for $1,691,000 as part of a long-range plan for expansion of workforce training for citizens and local industries.

The CVCC Alexander Applied Technologies Center opened in June 2016, and housed the CVCC Alexander Furniture Academy, as well as welding and metallurgy labs. About that same time, the school system received approval from the state for the Alexander Early College. The school system didn’t have necessary accommodations for the early college, so the county allowed the school to be located in the center on a temporary basis.

Ronnie Reese, Chairman of the Alexander County Board of Commissioners, said that additional workforce training opportunities are being considered, but currently there is no space until the early college is moved.

“We believe the Alexander Early College is an excellent program which provides educational opportunities for local high school students, as well as cost savings for their families,” Reese stated. “However, the CVCC Alexander Applied Technologies Center is a workforce training center. The county allowed the school system to use the space on a temporary basis until they could find accommodations for the early college. We’ve had ongoing discussions about the move, so the request for relocation wasn’t a surprise to them.”

At this meeting, Commissioner Ryan Mayberry explained that the CVCC Alexander Applied Technologies Center was never intended to house the early college, as it was to be used for workforce training such as the furniture academy, welding, metallurgy, and other areas of need. He said it took a collaborative effort and approximately eight years to get the Applied Technologies Center open.

“It was not meant to be a place for the early college. It’s a place for economic development, continuing education, and training programs for our businesses,” Mayberry stated. “There needed to be a better plan on facilities and locating these students. I have no problem with the early college, but it isn’t where it should be.”

County Manager Rick French spoke with CVCC President Dr. Garrett Hinshaw on February 12, 2018, about the possibility of the county providing the adjacent building to CVCC and the Alexander Early College. In late March, there were discussions between the county and school system about pursuing a grant from the Appalachian Regional Commission (ARC) to update the building; however, the renovations were estimated at $1.4 million and there wasn’t sufficient funding available.

“We thought that offering this other building might be a permanent solution for the early college, but the cost to renovate was too high for the college or school system to pay,” Reese said. “The school system has known from the beginning that the Applied Technologies Center was only a temporary location for the early college. We were pleased to be able to help them for the first two years, and sincerely hope they can find adequate accommodations for this valuable program.”

While school officials have said that the CVCC campus to be the ideal location for the early college, possible alternative locations include the former Ellendale Elementary/Head Start building, or even space at Alexander Central High School.

Another reason for the early college’s relocation is the restrictions of grant funds that were received by Alexander County, which were specifically for workforce training and job creation. Granting agencies for the project included: United States Economic Development Administration (EDA), Golden Leaf Foundation, Appalachian Regional Commission, and Duke Energy Foundation. Alexander County and CVCC also invested funding for the project.

“These funds, especially the EDA grant, were not intended for secondary or higher education, so the county has to ensure that we are using the facility for its intended purpose of worker training,” Reese said. “We can’t risk having to repay any of these grants, or risking the loss of future grants.”