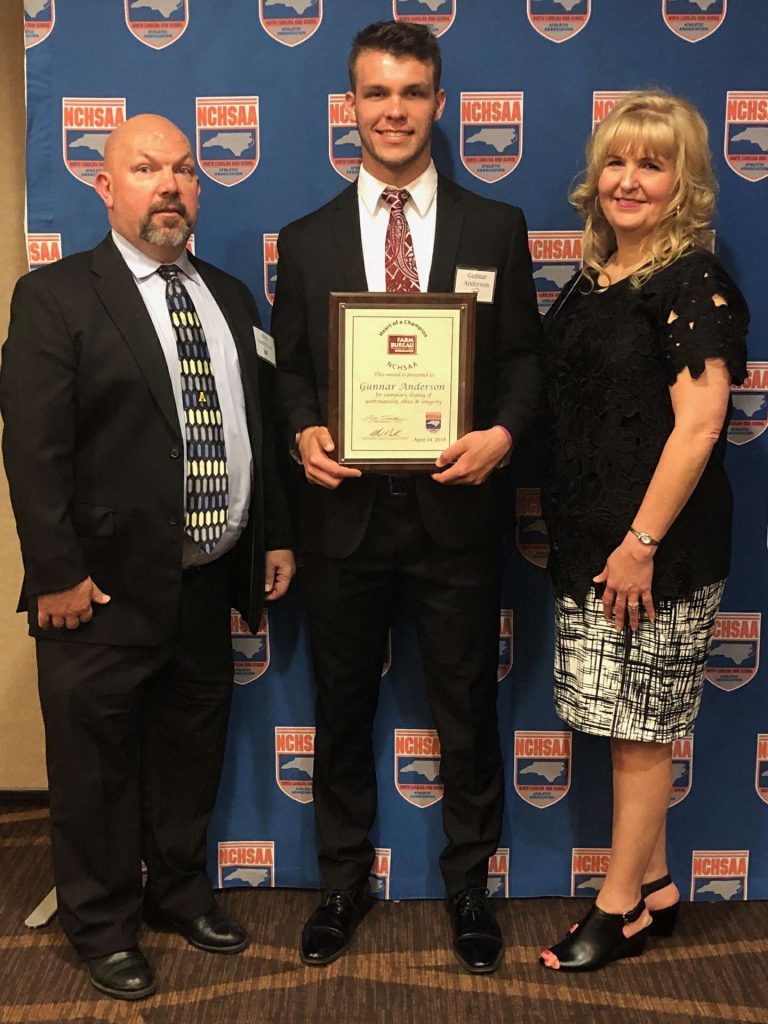 HEART OF A CHAMPION – Alexander Central High School senior Gunnar Anderson was presented the NCHSAA “Heart of a Champion” Award at a special luncheon held last weekend. Anderson, who will play college football at Lenoir-Rhyne, is pictured above with his parents Cindy and Ron Anderson of Vashti. NCHSAA PHOTO