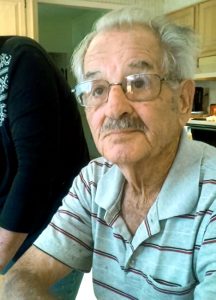 Born September 21, 1934, in Alexander County, he was the son of the late Jessie Frank Moretz and Mattie May Helton Moretz. A veteran of the U.S. Army, he retired as an upholsterer in the furniture industry.

In addition to his parents, he was preceded in death by his wife, Frances Houston Moretz; brothers, Jess Moretz and Carl Moretz; and sisters, Mary M. Williamson, Bertha M. Starnes, and Minnie Mecimore.

The funeral service was held May 1, 2018 at Drum’s Funeral Home in Hickory. Burial was in Woodlawn, Hickory.