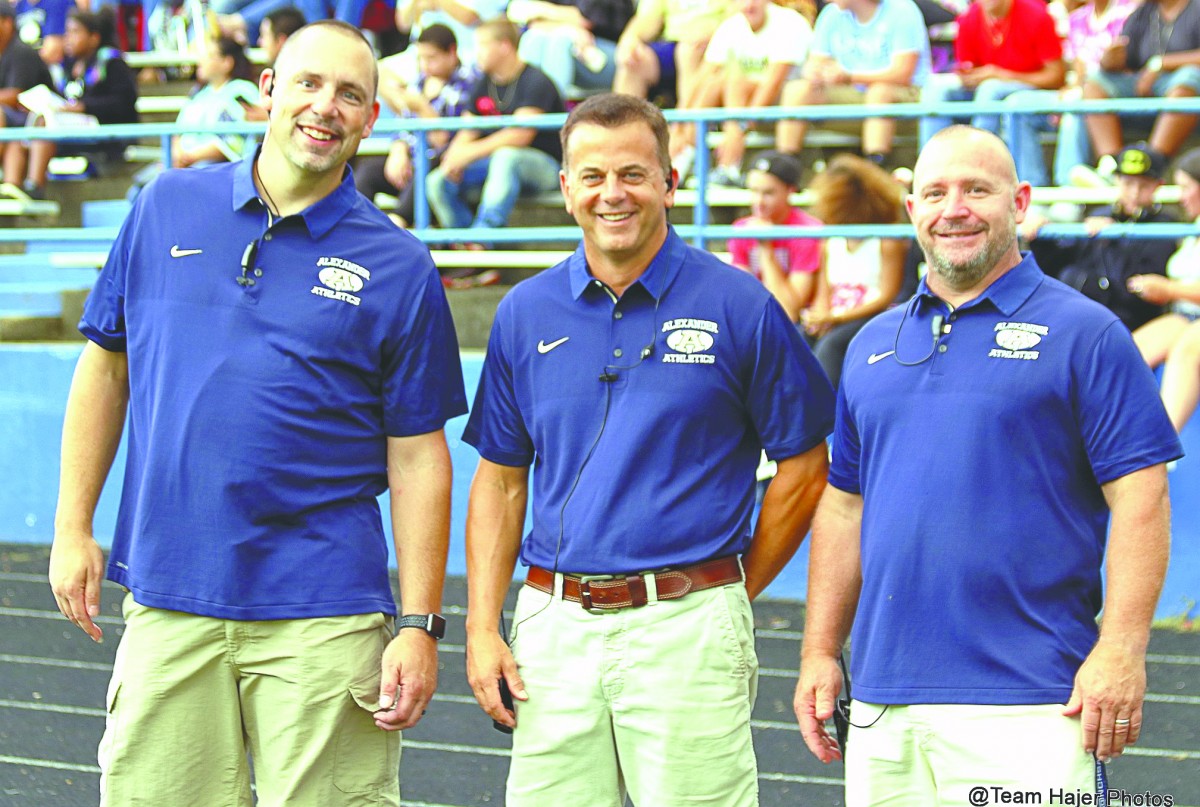 Mr. Doug Rhoney, Alexander Central High School principal since 2011, is resigning at the end of this school year to accept a position in another school system.

“I will be transitioning to Catawba County effective July 1,” said Rhoney. “I have accepted a position Director of Secondary Education. It was a difficult decision leaving ACHS, but I look forward to the challenges that are ahead of me.”

“I want to thank a few people if I can. Mr. Jack Hoke (former school superintendent) for giving me the opportunity to come to Alexander Central. The staff at ACHS, they are GREAT. All the students I’ve had the opportunity to serve the past seven years. ACHS has great students. Finally, my wife and kids. Not easy growing up a principal’s daughter or son, but they have handled it well. My wife, Kelly, for always understanding the long hours. I’m truly going to miss this place but look forward to a new chapter in my life,” stated Rhoney.

Rhoney was awarded the 2012-13 Wells Fargo Principal of the Year for Alexander County.

Rhoney received his Master’s Degree from Gardner-Webb University in Public School Administration. He holds a Bachelor’s Degree in Health and Physical Education from Appalachian State University. He was named Burke County’s Wachovia Principal of the Year in 2008-2009 and was the principal at Heritage Middle School when it was selected as one of Governor Easley’s Top 5-Real D.E.A.L Schools.