Petty Officer 3rd Class Cory Hines is a culinary specialist aboard the ship operating out of Sasebo, Japan.

A Navy culinary specialist is responsible for operating kitchen and dining facilities, budgeting for food service management, and ensuring morale aboard the ship.

Moments like that makes it worth serving around the world ready at all times to defend America’s interests. With more than 50 percent of the world’s shipping tonnage and a third of the world’s crude oil passing through the region, the United States has historic and enduring interests in this part of the world.  The Navy’s presence in Sasebo is part of that long-standing commitment, explained Navy officials. 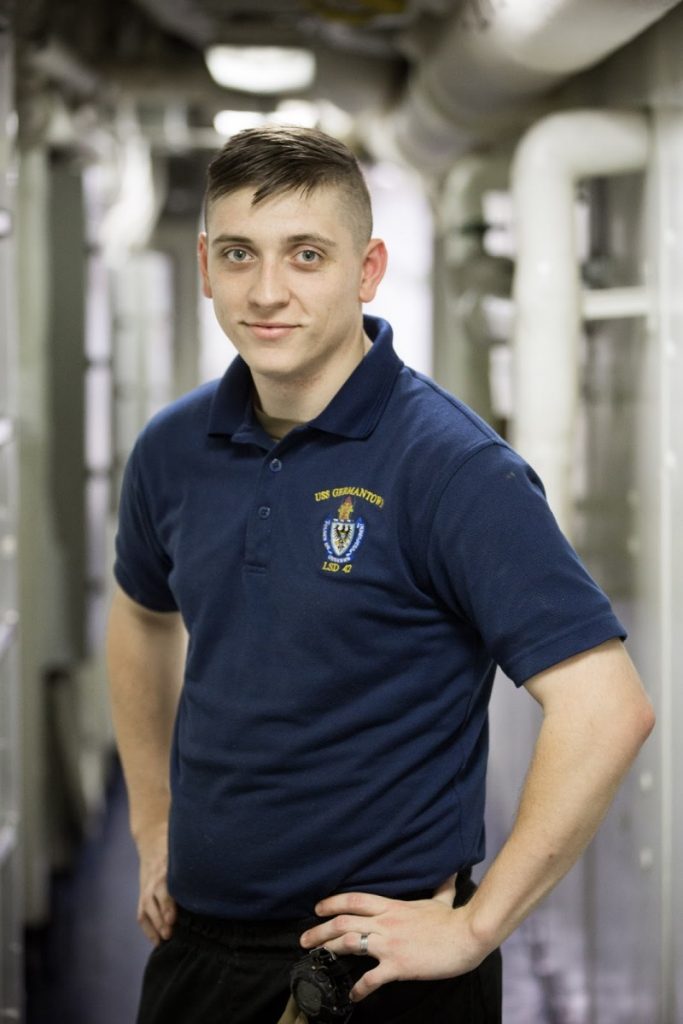 Commissioned in 1986, Germantown is the second Navy ship named after the Revolutionary War Battle of Germantown. With a crew of more than 900 sailors and Marines, Germantown is 609 feet long and weighs approximately 16,000 tons. Designed specifically to operate landing craft air cushion small craft vessels, Whidbey Island-class dock landing ships have the largest capacity for these landing craft out of any U.S. Navy amphibious ship.

Quinn has military ties with family members who have previously served and is honored to carry on the family tradition.

“In high school I was part of NJROTC, there was a master chief who would tell us, ‘prior proper planning prevents poor performance’,” said Hines. “I’m the cook on the ship, so planning is everything. We have to prepare for today, the next day, and the next day after that.”

Hines is also proud of receiving the Navy and Marine Corps Achievement Medal award recently for the dedication shown to the ship’s mission.

As a member of one of the U.S. Navy’s most relied-upon assets, Hines and other sailors know they are part of a legacy that will last beyond their lifetimes providing the Navy the nation needs.

“I love most when my ship goes on deployment, I love the ocean and being out on the ocean. The whole reason I joined is to be out on the ocean,” said Hines. “Since joining, I’ve become a more responsible adult.”

Seventh Fleet, which is celebrating its 75th year in 2018, spans more than 124 million square kilometers, stretching from the International Date Line to the India/Pakistan border; and from the Kuril Islands in the North to the Antarctic in the South. Seventh Fleet’s area of operation encompasses 36 maritime countries and 50 percent of the world’s population with between 50-70 U.S. ships and submarines, 140 aircraft, and approximately 20,000 sailors in the 7th Fleet.