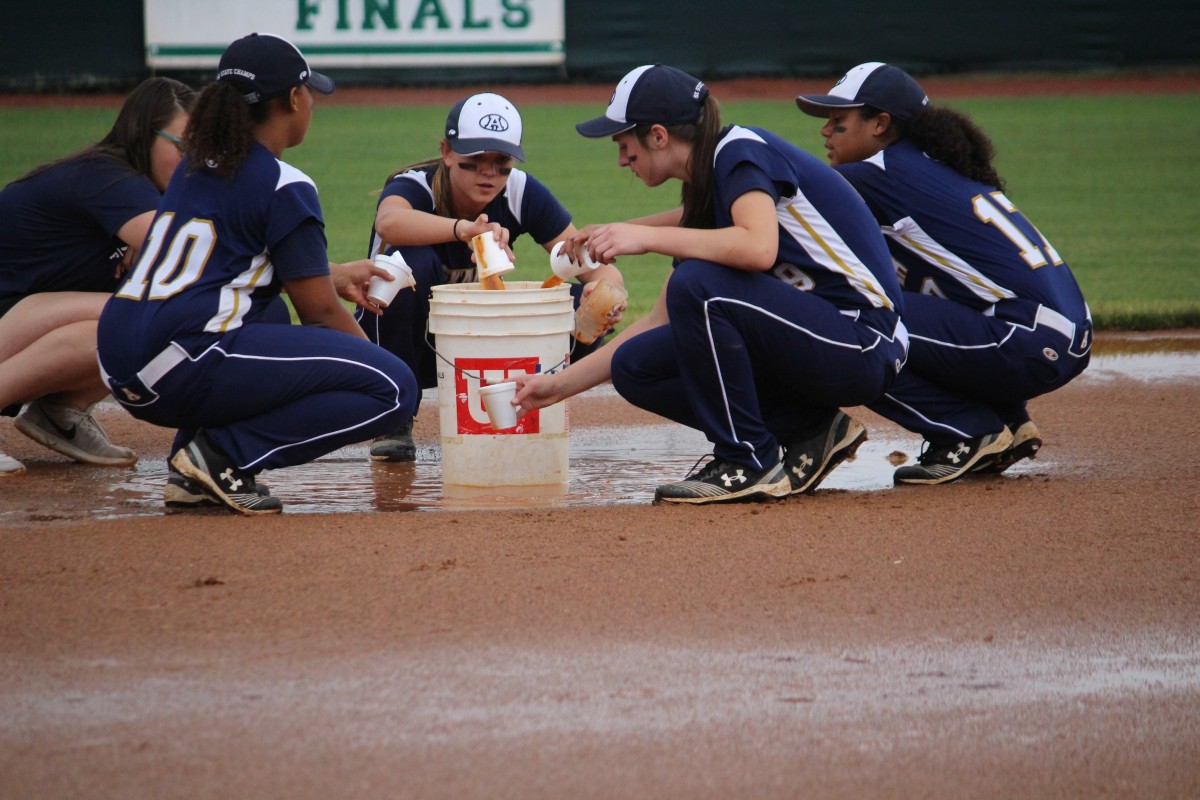 ACHS players use paper cups to remove water from the field during the first of two rain delays on Friday.

Chesney Millsaps hit a two-out, solo home run in the bottom of the 9th inning to lift the Alexander Central Lady Cougars to a 1-0 win over Cox Mill in the fourth round of the NCHSAA 3A playoffs on Friday night, May 18, in Taylorsville. The dinger was Millsaps’ seventh this season.

Millsaps also chalked up her 24th win of the season in the pitchers circle as ACHS advanced to the Western Regional series next week against Jesse Carson High School. The winner of next week’s best of three series will advance to the 2018 3A state championship.

More details will be announced when they become available. 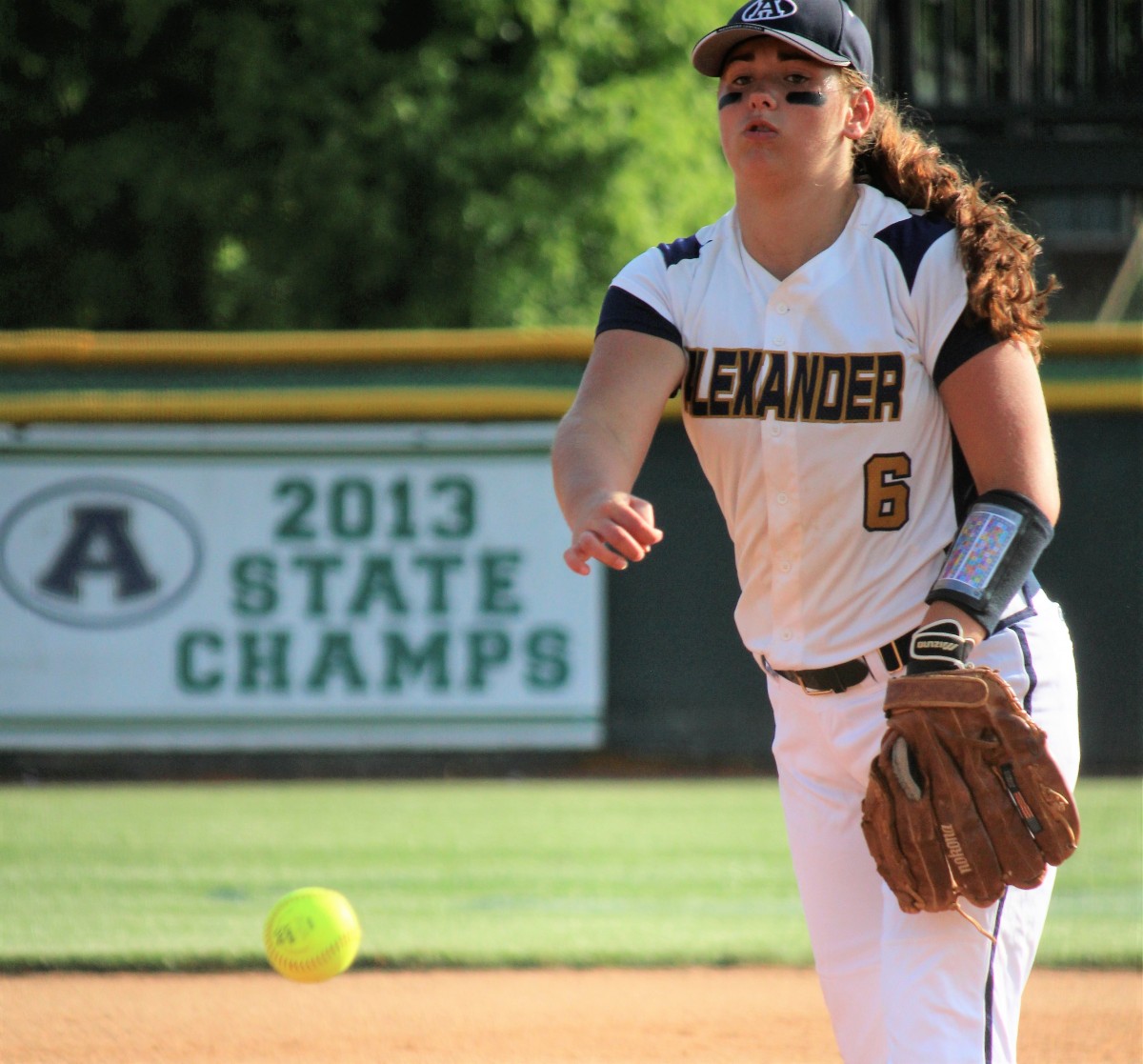 Chesney Millsaps won her 24th game in the pitching circle and delivering the game winning run with a walkoff homer in the 9th.