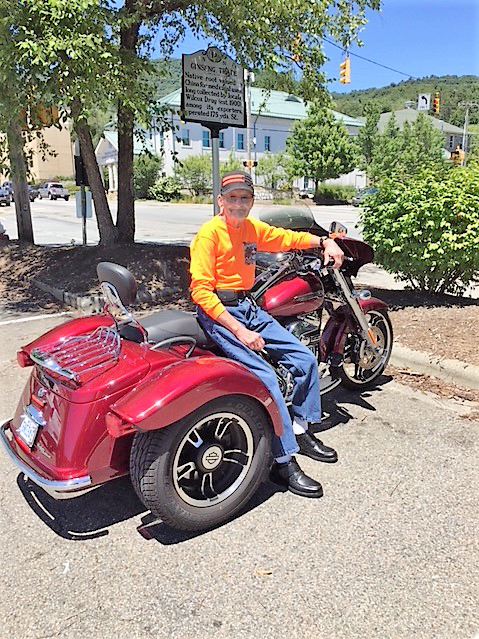 Dan C. Weidenhammer passed into eternal life on Saturday May 19, 2018 at his home.

He was a native of Williamsport, Indiana, born in 1939, the oldest son of the late Webster and Connie Weidenhammer.

Dan was preceded in death by his brother, Max Weidenhammer of Lafayette, Indiana; and is survived by his nephew, Ross Weidenhammer of Crestview, Florida; niece, Lori Pence of Muncie, Indiana; several great nieces and nephews; his beloved dog, Echo; and his loving companion, Jan Whiteman of Taylorsville.

Dan served in the U.S. Air Force for four years as a Communication Technician and was deployed to Vietnam in 1964 and 1965, receiving two unit stations. After 30 years of service with AT&T, he retired in 1992 and relocated to “Beautiful Western North Carolina.” Dan was a 3rd degree Mason.

Dan was an avid Harley rider, a life member of Harley Owners Group, beginning in 1990, and served and held offices and positions of director, assistant director, and road captain. He took many trips on his Harley and attended many of the rally’s and National Anniversary gatherings. He loved helping others, especially when it came to solving a problem with a motorcycle. He recently helped a friend (Gary) re-wire his motorcycle.

In lieu of flowers, the family suggests that donations be made in Dan’s memory to: Christian Motorcyclists Association, Run for the Son, PO Box 3500, Boone, NC 28607; or Catawba Regional Hospice, 3975 Robinson Road, Newton, NC 28658.