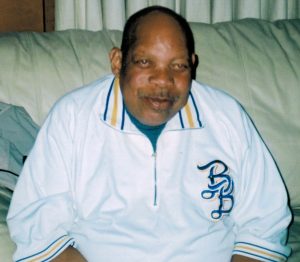 Damos Carter, 71, of Statesville, passed away Tuesday, May 22, 2018 at the According Health of Salisbury.

He was born in Callands, Virginia, on May 11, 1947, and was the son of the late Elder Bernard and Sallie Kate Tarpley Carter. He was a member of Liberty Grove Baptist Church in Taylorsville.

Celebration of Life Services will be conducted Thursday, May 31, 2018, at 2:00 p.m., at Liberty Grove Baptist Church. Reverend Ardeal Roseboro will officiate and burial will follow in the church cemetery. Members of the family will receive friends from 1-2 p.m., at the church, but will assemble at the residence of his sister, Mrs. Faye Montgomery, 132 Redstone Lane, Statesville, at other times.

Visit the Book of Memories for Mr. Carter at www.rutledgeandbigham.com. Rutledge and Bigham Funeral Home is serving the the family of Mr. Damos Carter.