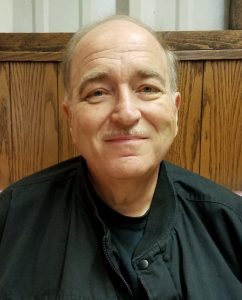 Bob was born December 13, 1947, in Boone, son of the late Commie Dora Wheeler and Ann Danielian Wheeler. He graduated from Watauga High School and received his Doctorates degree in Education from Appalachian State University in Boone.

He was willing to help and do anything for his family and his cousins. Bob had such a special love for them and others too. He also had a special place in his heart for animals, especially his dog “Cory” who preceded him in death.

Along with his parents and his dog, he was preceded in death by his brother, Richard Commie Wheeler.

Those left to cherish his memory include his sister, Janet Rose Wheeler and partner Shawna Bosworth of Bethlehem; two brothers, Daniel Thomas and wife Kye of Bethlehem, and Gregory Allen Wheeler of Bethlehem; a niece, Ashlea Raine (Wheeler) Whisnant and husband Mark “Alex”, and their son, Raiden, of Jacksonville, Florida; along with many cousins.