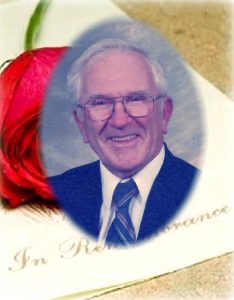 Walter “Bill” William Pennell, 89, of Taylorsville, left this world for his heavenly home on Wednesday, June 6, 2018 surrounded by his family at his residence.

He was born on May 30, 1929, the son of the late Byrd Rufus and Cecil Amy White Pennell. Before retirement, Bill worked for a number of furniture companies including Broyhill and Bassett.

He honorably served our country in the US Army during the Korean Conflict. Bill was a member of Poplar Springs Baptist Church since 1968 and loved the Lord and his family. He also enjoyed being outdoors, especially going hunting and fishing.

Along with his parents, he was preceded in death by his two brothers, Herman and Garrell Pennell.

The family will receive friends on Sunday, June 10, 2018, from 2:00 p.m. – 3:30 p.m., at Poplar Springs Baptist Church. The funeral service will follow at 3:30 p.m. with Rev. Rick Safriet and Rev. Paul Allen Fox officiating. Burial will follow in the church cemetery. Military rites will be provided by the DAV Post 84 of Taylorsville and Chapter 6 of Hudson.