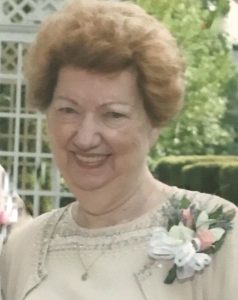 She was born on Thursday, October 27, 1932, in Alexander County, to the late Wade and Sophie Looper Jolly. Slyvia was a member of Millersville Baptist Church. She enjoyed flowers, beach trips, and her grandchildren above all.

Along with her parents, she was preceded in death by her husband of 57 years, Walter “Bud” Maurice Elder; a brother, Willard Jolly; and two sons, Richard and David Elder.

A visitation will be held on Thursday, June 14, 2018 at Alexander Funeral Service from 11:00 a.m. – 12:00 p.m. The Memorial Service will follow at 12:00 p.m. with Rev. Gary Jennings officiating. Burial will be held at Taylorsville City Cemetery.