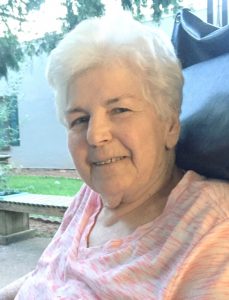 Mrs. Teague was born on April 11, 1934, in Alexander County, the daughter of Bron and Edna Lackey. Jackie was a talented artist. She painted many oil paintings, giving them away to her family. Her greatest treasures were her grandchildren.

In addition to her parents, she was preceded in death by her husband, Earnest (Bud) Teague; her daughter, Cynthia Bolick; two sisters, Eria Pennell and Hilda Gryder; and three brothers, Gilbert Lackey, Tallmage Lackey, and Jefferson Lackey.