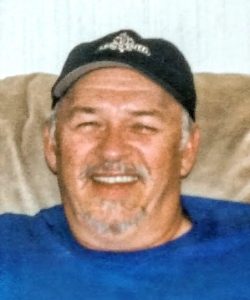 Born May 18, 1946 in Verner, West Virginia, he was the son of the late Segal Willis Browning and Betty Ruth Johnson Browning.

In addition to his parents, he was preceded in death by his sister, Mary Katherine Browning.

After high school, Jerry worked in the coal mines in West Virginia. After moving to Hickory, he worked in the furniture industry, but his favorite job was with American Roller Bearing in Taylorsville.

He was an avid fisherman and deer hunter.

Jerry took it upon himself to take care of his family and friends; all of whom adored him and will greatly miss him.

In lieu of flowers, memorials may be sent in his honor to the Catawba County Humane Society, PO Box 63, Hickory, NC 28603.

On-line condolences may be sent to www.bass-smithfuneralhome.com.