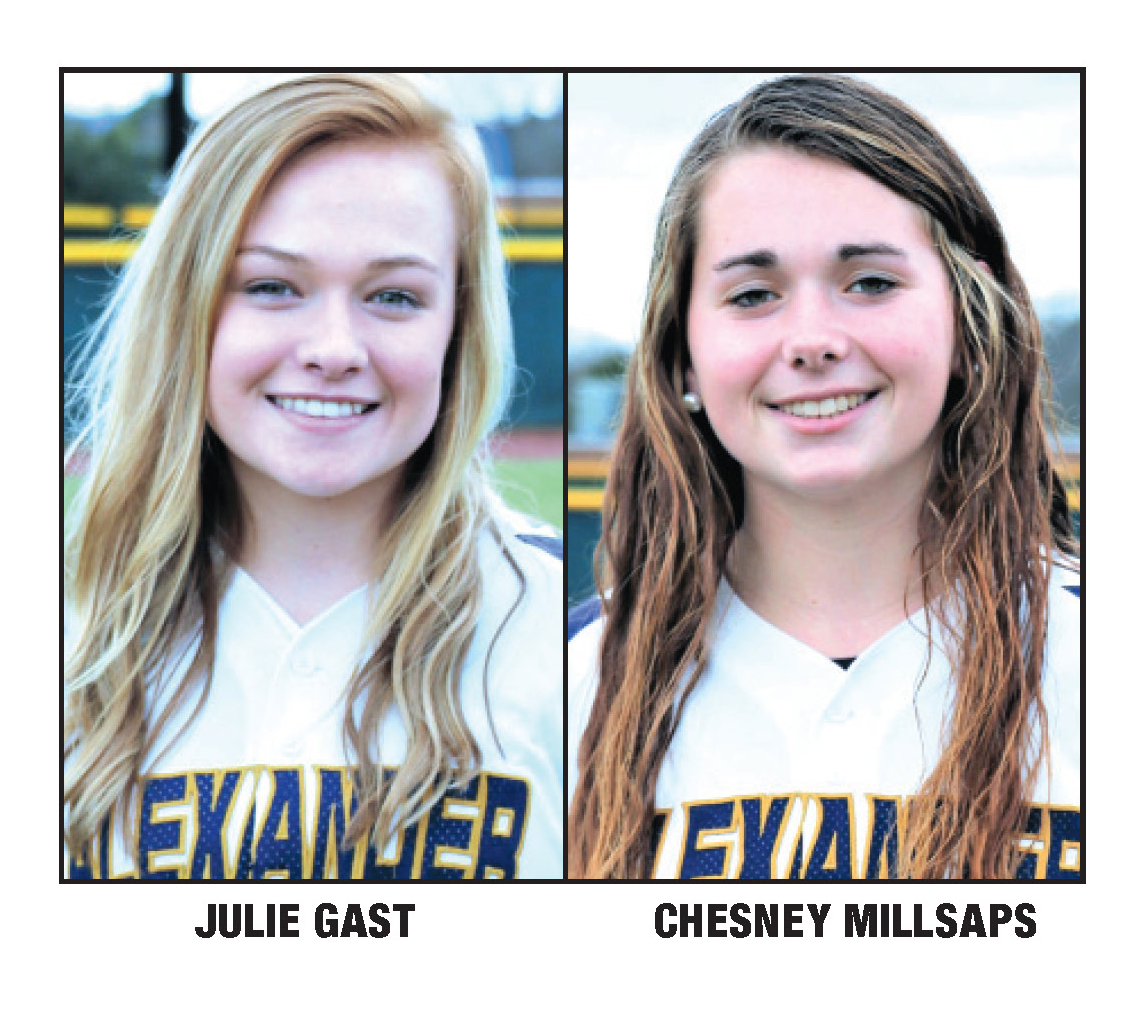 Gast is 3A West Player of the Year; Millsaps voted top 3A West hurler

Six members of Alexander Central’s 3A State Championship Softball Team have been selected to the   North Carolina Softball Coaches Association 3A All State Team. Seniors Julie Gast, Chesney Millsaps, Kelsea DeJarnette, and Alexis Walter were joined on the 3A team by underclassmen Lanie Goforth and Ashley Seagle.

Earlier in June,   Gast and Millsaps took the top 3A awards in District 7. Gast was selected as the District’s 3A Player of the Year, while Millsaps earned the 3A Pitcher of the Year award. In addition,   DeJarnette,   Walter, Goforth, and Seagle were voted to the District 7 All-3A Team.

The North Carolina Softball Coaches Association, Inc. was formed in the summer of 2004 as the “North Carolina Fastpitch Softball Coaches Association” for the purpose of bringing together the coaches of high school softball in our state.  The association serves as the voice of the coaches who desire to improve and promote the sport of high school fastpitch softball.  Full voting membership is open to any officially recognized high school or middle school head or assistant coach, paid or volunteer.  An associate (non-voting) membership is available to other individuals desiring to support the association’s efforts.

The association divides the state into eight local districts.  Each district elects a representative to serve on the Executive Board.  Our eight districts cover the same geographical areas as the North Carolina High School Athletic Association’s eight local regions.

Due to the large size of our state, the association groups four districts into an eastern region and four into a western region.  Each region has its own Vice President serving on the Executive Board.