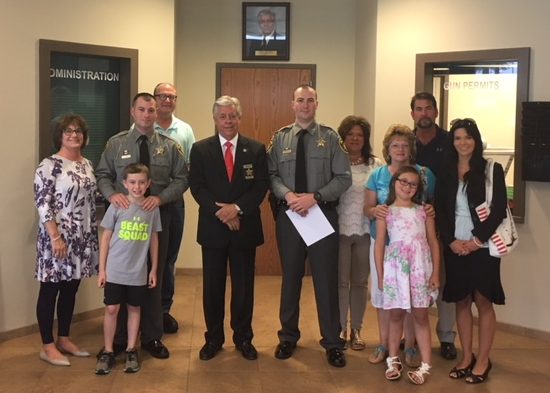 They arrived on the scene and found a 57 year-old white male unconscious on the porch of the residence. The victim was unresponsive and not breathing. Deputies Hoyle and Fortner began CPR on the victim and continued performing CPR until EMS and Stony Point First Responders arrived on the scene, and took over care of the victim. Due to the resuscitative efforts of all involved, the victim regained a pulse and began breathing on his own. The victim was transported to a local medical facility for further treatment.

A number of years ago, Sheriff Bowman recognized that his officers were often in the position to respond as first responders to medical emergencies in the communities they work in, many times, being closer than EMS or local first responders. As such, it was determined that equipping officers with basic medical equipment greatly increased the safety of the community. To date, all Sheriff’s Office vehicles assigned to the patrol division have been equipped with automated external defibrillators (AEDs) as well as other basic first-aid supplies. All employees of the Sheriff’s Office maintain CPR certification as required by Sheriff Bowman.

Deputies Lee Hoyle and Davey Fortner were recognized on July 11, 2018 for their lifesaving efforts during this incident and were presented with Certificates of Meritorious Commendation.
Sheriff Bowman stated “Alexander County Emergency Services is a very tight-knit family who routinely assists each other, going above and beyond the call of normal duty. This is but one example of how this inter-agency cooperation helps save lives. I would like to personally thank Alexander County EMS and Stony Point First Responders for their rapid response to this incident, and am happy that their collaborative efforts resulted in appositive outcome.” 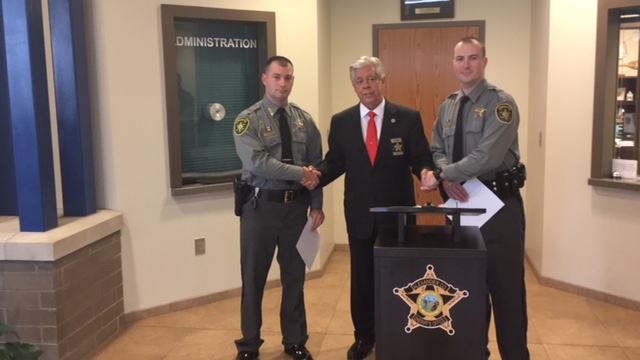