Alexander Central High School Head Softball Coach Darrell Adkins has announced his retirement from coaching. In the summer of 2015, Adkins was hired to guide the program after the retirement of longtime Head Coach Monte Sherrill for whom Adkins was an assistant coach under from 2009 through 2015.
Adkins commented “Retiring from coaching is a big step. I have always been in and around sports in Alexander County, beginning as a player at AC and later as an assistant coach and finally as a Head Coach. My first thought looking back is that my wife and family have been very supportive of all my coaching responsibilities with the long hours of practice and long days for the games. Coaching is truly a family commitment.” 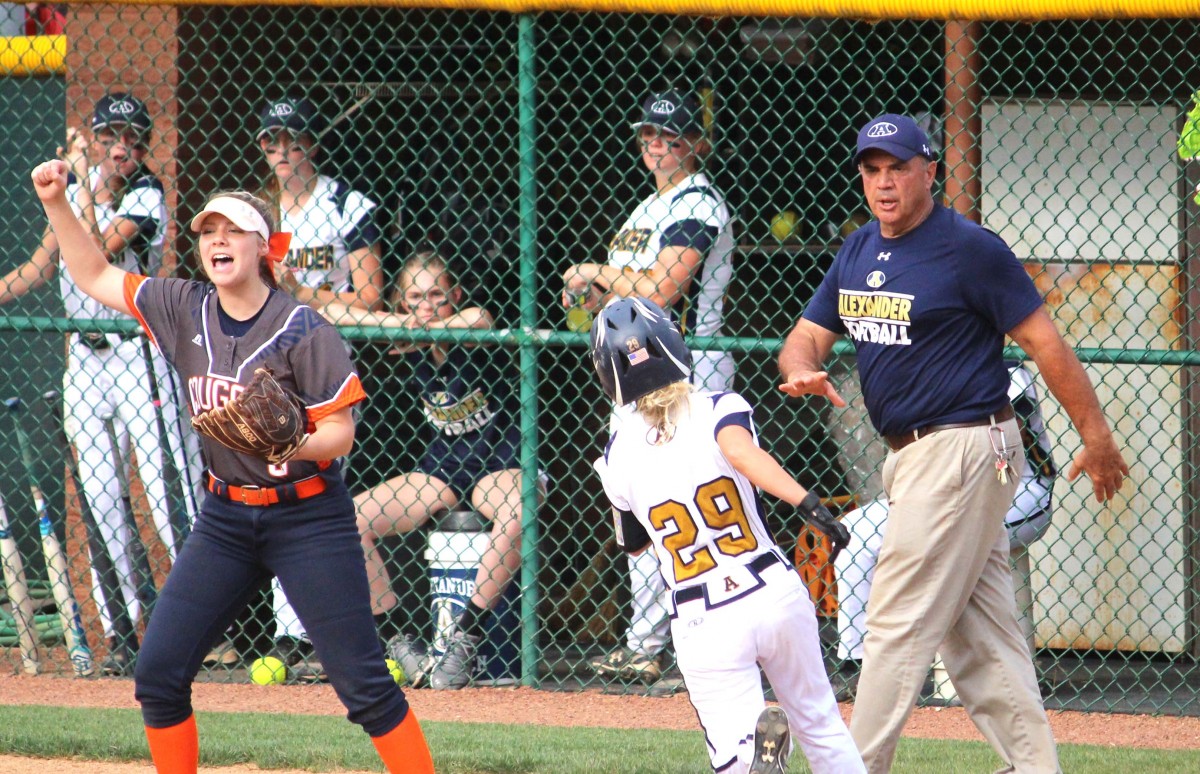 Coach Darrell Adkins led ACHS to the State Championship in 2018.

He continued, “I would like to thank the school administration for giving me the opportunity to lead a program with a tradition of excellence, our rich history of hard work, dedication and game preparation is unmatched in the state. I would also like to thank the parents and the loyal fans for believing and supporting our coaches and players.  Looking into the stands at UNC-Greensboro, at the NCHSAA Softball State Championship, we had a sea of blue and gold. Words can’t express the encouragement and excitement our team, coaches and players felt.”
Adkins closed by saying “Lastly, I would like to thank the players who have touched my life. I will always remember the players, the plays made and the life changing moments we shared together.  I will remember all the hard work (and long hours) from our dedicated young players. I can only hope that our players will always believe in themselves as much as I believe in them.”
In his three seasons as Head Softball Coach at Alexander Central, Adkins amassed an overall record of 79-14. This includes winning at least 25 games in each season that he was at the helm of the program. This season he led the Lady Cougars to capturing the 3A State Championship which was the 10th Softball State Championship in school history.
Since 1996, Adkins coached various sports for Alexander County Schools at both East Alexander Middle School and Alexander Central High School. He has mentored and taught numerous young student-athletes over his time of service.
Alexander Central High School Athletic Director Joanna Crew commented “The ACHS Athletic Department wishes to extend a public thank you to Coach Darrell Adkins for his many years of service to the young women involved in our first class Softball program. Coach Adkins has worked tirelessly and concluded an exemplary coaching career with a NCHSAA 3A State Softball Championship.  Our entire community is proud of his work with the student athletes of Alexander County.”