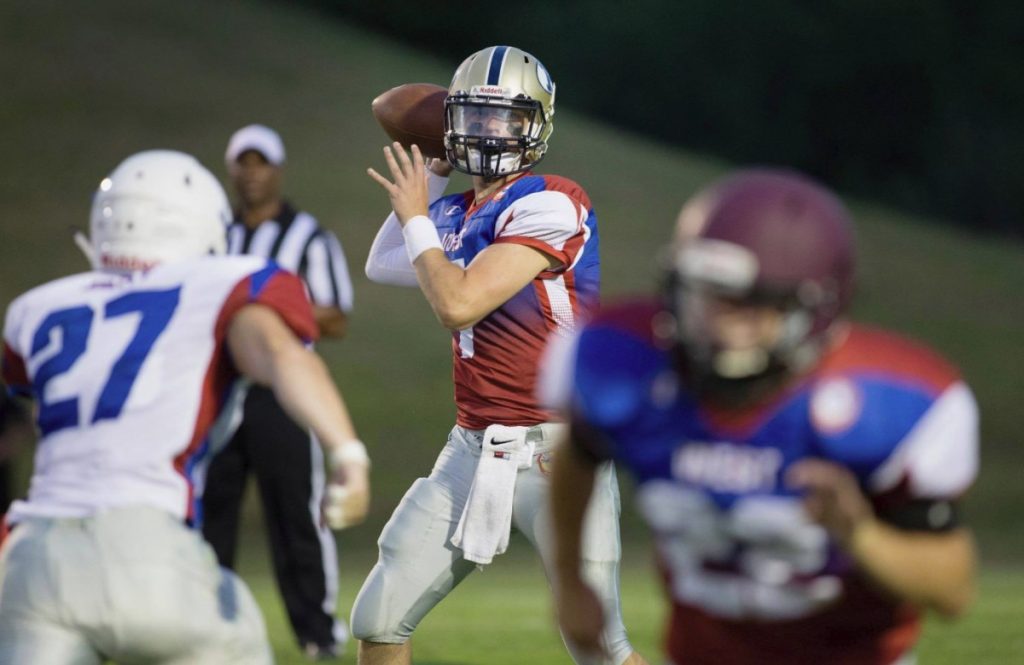 Alexander Central grad and future Lenoir Rhyne Bear Gunnar Anderson tossed a fourth quarter touchdown pass for the game winning points in the Annual East/West Football All Star game in Greensboro on Wednesday evening, July 19. The son of Cindy and Ron Anderson of Vashti, Gunnar was voted captain for the West Team and his 57-yard TD pass in the fourth period proved to be the game winner in the West’s 23-21 win over East All stars at Grimsley High School.
Anderson, who was the 2017 NWC Football Player of the year last Fall, led ACHS to a conference title last November.
Posted in Breaking News, News, Sports