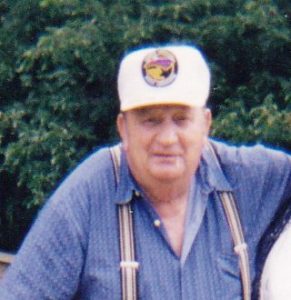 Jerry Kenneth Reitzel, 81, of Taylorsville, passed away at Valley Nursing and Rehabilitation Center on Friday, July 27, 2018.

He was born to the late Charles Franklin and Mary Ethel Echard Reitzel on September 23, 1936 in Catawba County. Jerry served in the North Carolina National Guard Army Reserves as a Staff Sergeant in the Vietnam Era.

He was of the Lutheran faith and in his spare time enjoyed watching NASCAR, going to flea markets, and spending a week at a time at the coast fishing.

Along with his parents, he was preceded in death by a sister, Shirley Echard; a niece, Tammy Burns; and a son, Dennis Reitzel.

The visitation will be held on Monday, July 30, 2018 at Alexander Funeral Service from 12:30 – 2:00 p.m. The funeral service will follow at 2:00 p.m. in the funeral home chapel with Rev. Sammy Kiser officiating. Inurnment will be with his daughter.

In addition to flowers, all memorials may be made to Catawba Regional Hospice, 3975 Robinson Road, Newton, NC 28658.