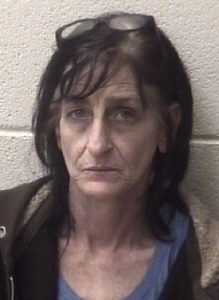 Investigators: woman was dealing drugs while caring for a child in Wittenburg area

During the early morning of Aug. 4, Narcotics Investigators with the Alexander County Sheriff’s Office, Taylorsville Police Department, and Wilkes County Sheriff’s Office served a search warrant at the residence on Ret Stafford Lane. During this operation, Narcotics Investigators seized approximately 4.3 grams of methamphetamine and 4 grams of opiate narcotic pills all pre-packaged for sale, as well as a small amount of marijuana, multiple items of drug paraphernalia, and $327.00 in U.S. currency.

At the time of the search warrant, it was found Holsclaw was keeping a small child in her care, and the child had also been present during narcotic transactions. The Department of Social Services was contacted and a report was filed in reference to the child.

Holsclaw is currently being held in the Alexander County Detention Center under a $30,000 Secured Bond. An initial Court appearance was scheduled for Monday, Aug. 6, 2018, in Alexander County District Court before Chief District Court Judge Dale Graham. That day, attorney Matt Byerly was appointed to represent Holsclaw. Her next court date is set for August 27, 2018.