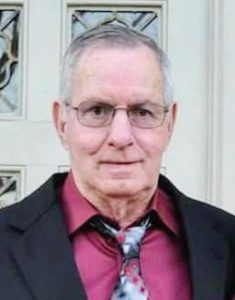 Alvin “Bill” Parker Jones, 72, of Taylorsville, died after a brief illness on Friday, August 10, 2018 at Gordon’s Hospice House. He is forever home with his Lord and Savior, Jesus Christ, and we know we will see him again one day on the other side.

Bill was born on November 10, 1945, in Avery County, the son of the late Wilburn Clarence and Margie Lee Harmon Jones. Before retirement, he worked as a Supervisor for Schneider Mills for 46 years.

Bill was a member at Emerald Baptist Church and loved his family dearly, especially his wife, Bernice, and spending time with her at the house. He also enjoyed working outside and watching NASCAR. Bill was a loving husband, father, grandfather, brother, and friend to many. He will truly be missed but will forever be in our hearts.

Along with his parents, he was preceded in death by an infant brother.

The family will receive friends on Thursday, August 16, 2018 from 12:00 Noon – 2:00 p.m. at Little River Baptist Church. The funeral service will follow at 2:00 p.m. with Rev. Neil George and Rev. Jeff Chapman officiating. Burial will follow at Taylorsville City Cemetery.