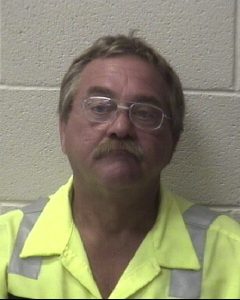 A Hiddenite man has been arrested on a charge of murder in connection with an elderly man’s death this week.

On Thursday, August 9, 2018, at approximately 11:42 a.m., a call came into Alexander County Communications in reference to a deceased person that had been located, by a concerned friend, in the woods off of Robinette Road, said Alexander County Sheriff Chris Bowman. This is in the Little River Community of Alexander County.

Officers with the Alexander County Sheriff’s Office and other emergency personnel responded to the scene. At the scene, they discovered Jerry Vinson Hayes, W/M, age 77 of Robinette Road, deceased. After the medical examiner came to the scene to do a preliminary viewing, it was determined that Hayes had been deceased for approximately three days. 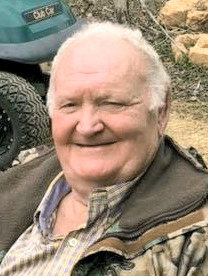 Officers began an investigation into the cause of death. After further investigation, it appeared as though the death actually occurred at the victim’s residence and he was moved to the wooded area at a later time.

On Friday, August 10, 2018, an autopsy was performed on the victim at Wake Forest Baptist Medical Center. The preliminary cause of death appears to be blunt force trauma to the head, along with a gunshot wound to the chest.

The investigation led officers to Randy Darryl Shumake, W/M, age 51 of Hiddenite, as the suspect. Shumake was arrested on a warrant for Murder on Friday morning in Iredell County. Shumake was arrested without incident. He was transported to the Alexander County Law Enforcement center, where he is currently being held without bond. The investigation is continuing, said Sheriff Bowman.