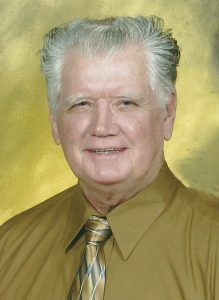 Toice was born June 23, 1940, in Taylorsville, the son of the late Ode Kerley and Annie Blackwelder Kerley.

He graduated from Taylorsville High School. He married Betty Fortner Kerley in March of 1969. They were married for 49 years. He was a US Army veteran. Toice worked as an electrical lineman for Crescent Electric, then Energy United, where he retired after 37 years of service.

Toice enjoyed going to see all of the local sporting events and supporting all the local athletic teams, as well as being an avid Bluegrass music fan. He was also very active with the local DAV Chapter #84.

He was a member of Mt. Hebron Baptist Church, where he was on the committee when the new Mt. Hebron Church was constructed. He was a supporter of many benefit breakfasts in which he enjoyed the meal and meeting his friends and neighbors.

Including his parents, he was preceded in death by his brothers, Royde, Waitsel, and Harold Kerley.

Those family members left to cherish his memory include his wife, Betty Kerley of the home; his sons, Lorne Kerley, and Ray Kerley and wife Stephanie; his sister, Phyllis Mays: his brothers, Wayne Kerley, and Dan Kerley and wife Dorothy; his grandchildren, Elijah and Madie Kerley; his nieces, Lisa Ray, Valerie, Jenny, Jamie, and Julie; and his nephews, Arland and Michael and all their spouses.

Memorials may be made to: American Heart Association.