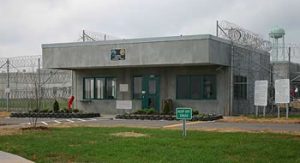 A portion of Alexander Correctional Institution is still on lockdown on Tuesday, August 14, 2018, where incidents occurred, but not the entire facility, a prison official said. Multiple online media sources are reporting the lockdown is due to inmate fights at the facility.
The facility was locked down on Sunday afternoon, August 12, 2018, after these incidents took place, in order to maintain security.
“Locking down the facility also allows investigators free access to come in and perform their duties,” stated Jerry Higgins, Communications Officer/Adult Correction, North Carolina Department of Public Safety.

One correctional officer drove to outside medical for treatment for a facial injury and was released. As of Tuesday morning, one inmate was in an outside medical facility in stable condition due to an inmate-on-inmate assault, said Higgins.