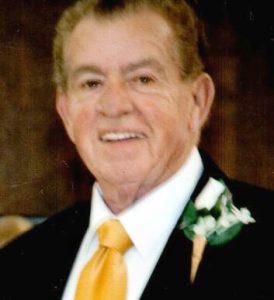 He was born April 14, 1941, in Radford, Virginia, son of the late Roy Franklin Cranford and the late Minnie Minton Cranford. Ronnie was a graduate of Radford High School and attended Monticello Baptist Church. Ronnie loved the Lord and his family was precious to him.

He was a loving husband, father, grandfather, great-grandfather, and brother. He was also a member of Stony Point Masonic Lodge 593. He retired with 30 years of service with Duke Power Company.

In addition to his parents, he was preceded in death by brothers, Mickey, Bob, Cliff and Jerry Cranford; and sisters, Joyce Whitt, Mary Bain, and Juanita Gant.

A funeral service will be held on Friday, August 17, 2018, at 2 p.m., at Monticello Baptist Church with Dr. Bobby Henderson officiating. Burial will follow at Iredell Memorial Gardens with Masonic Rites. The family will receive friends at the church from 12:30-2 p.m. prior to the service on Friday.

In lieu of flowers, the family asks that memorials be made in Ronnie’s name to the Baptist Men Association, 3603 Taylorsville Hwy, Statesville, NC 28625.

Memories and condolences may be left for the family at www.bunchjohnsonfuneralhome.com.

Bunch-Johnson Funeral Home is honored to be serving the Cranford Family.