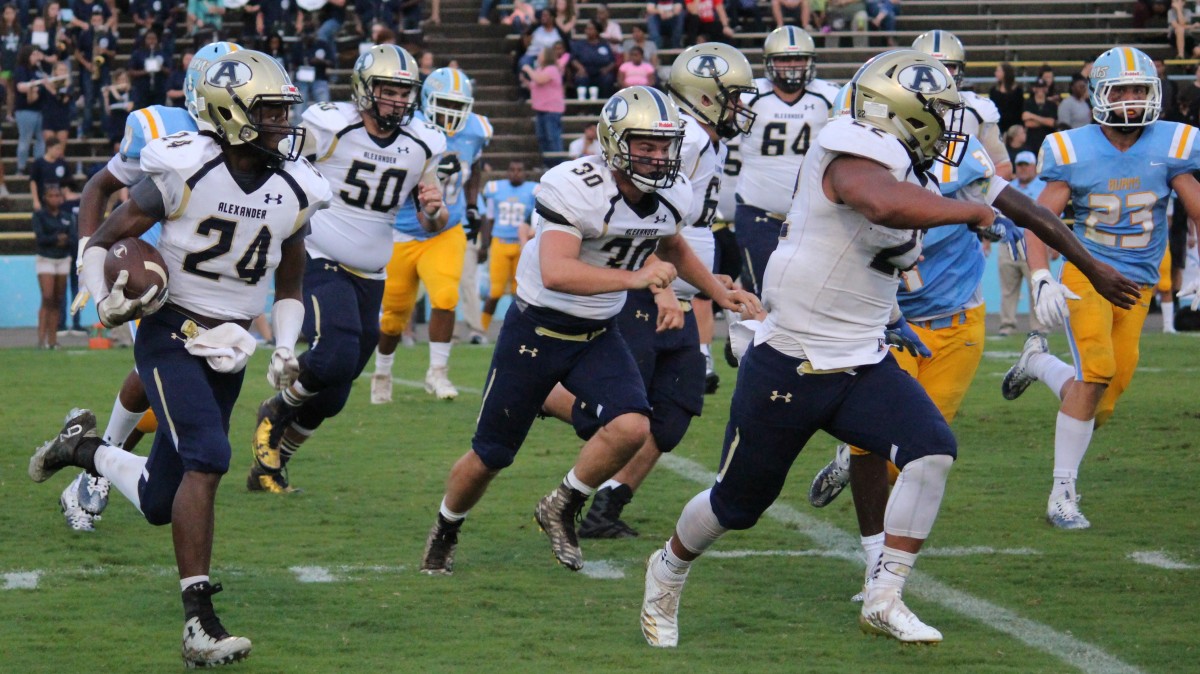 The Alexander Central Cougars dominated play in the second half and rolled to a 40-7 win over the Burns Bulldogs in the 2018 season opening football game played in Lawndale on Friday night, August 17.

After leading 7-0 at the half, the Cougars outscored Burns 33-7 in the second half and cruised to the one-sided road win to open Coach Butch Carter’s third season at ACHS. 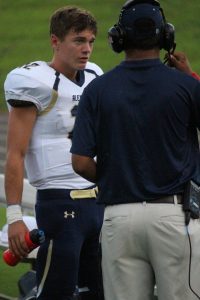 Easton Rhoney made his first varsity start at quarterback and delivered a key rushing TD in the third period.

Alexander rolled up 355 yards rushing and limited the Bulldogs to just 163 yards in the game. Juniors AJ Miller and Easton Rhoney led the Cougar rushing attack. Miller tallied 99 yards on the ground and scored one TD, while Rhoney ran for 86 yards on just five carries and delivered a key 74-yard touchdown run in the third period. 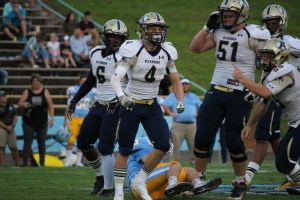 Jordan Brown celebrates after a first half tackle for loss for the Cougar defense.

Tevin Clark carried 20 times for 78 yards and two scores, while Lyndon Strickland and Deyente Calhoun added one rushing TD each.

The Cougars will return home to face Wilkes Central in the home opener on Friday, August 24, at Cougar Stadium in Taylorsville.

See more photos and details from the opening win over Burns in the August 22 edition of The Taylorsville Times on Wednesday. 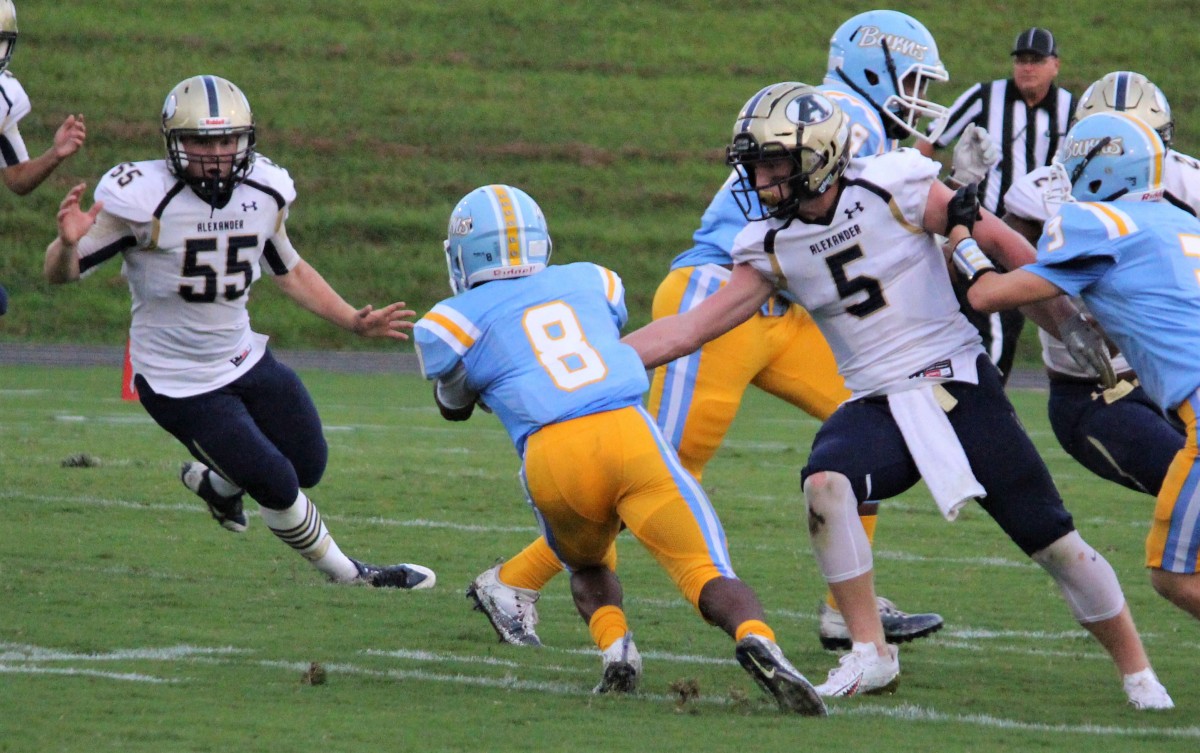 Jamison Benfield (5) and Nick McNeely (55) close in on a Burns’ ball carrier.