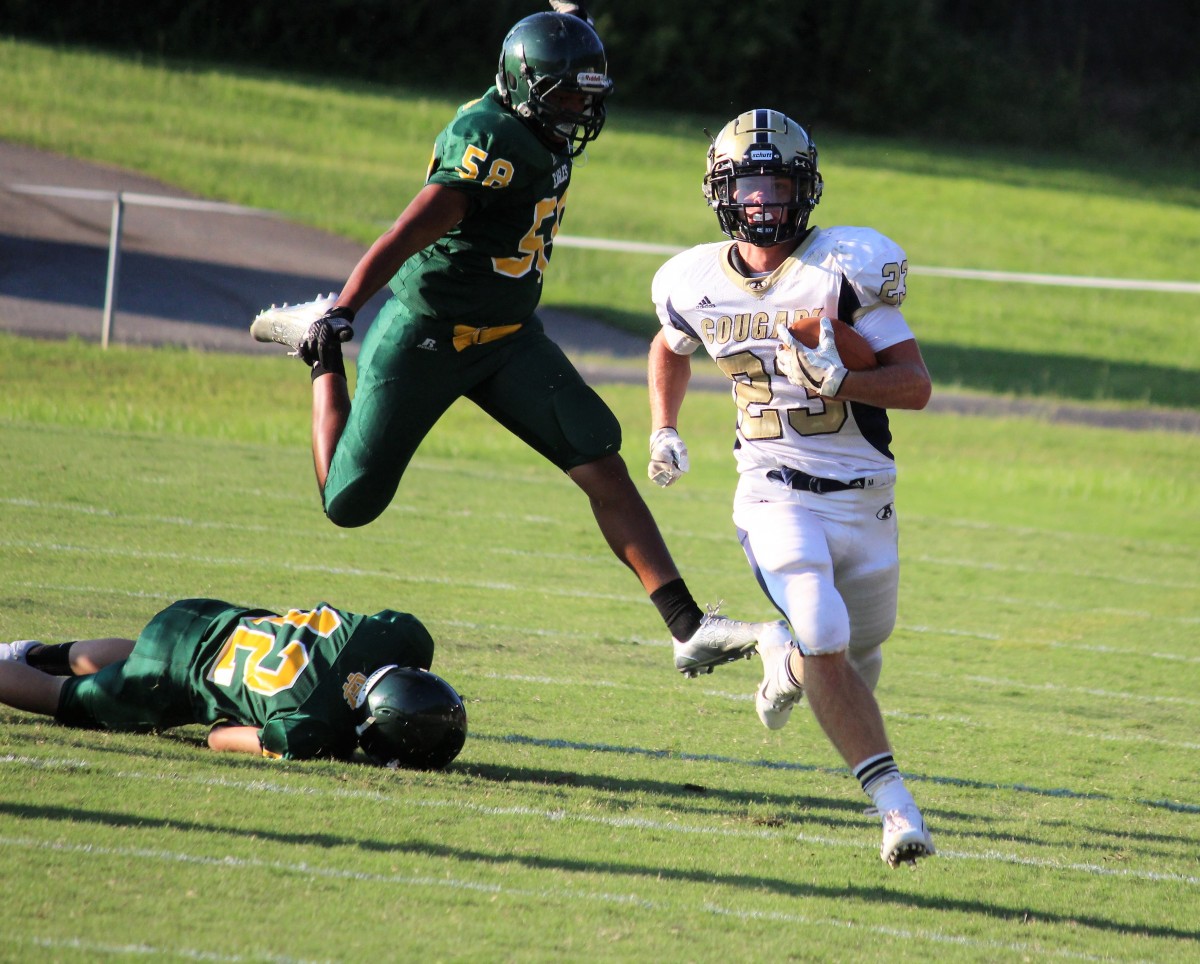 Daniel Morgan runs away from the Eagle defense on a first-half jet sweep play for 80 yards.

The Alexander Central JV Cougar Football Team opened the 2018 season with a 36-12 win over the Wilkes Central Eagles on Thursday evening, August 23, in Moravian Falls.

The Cougars built a 30-6 lead at the half and were never challenged en route to the one-sided opening night win. The win was the 24th straight for the Alexander Central JV program. 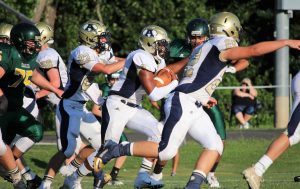 Dayente Calhoun carries the ball inside for part of his 99 yards rushing in Thursday’s opening night win.

On the night, Alexander rolled up 378 yards of total off with 298 yards coming via the run. Dayente Calhoun paced Alexander with 99 yards on 12 carries and two rushing TDs. Daniel Morgan added 89 yards on the ground, while Lance Justice tallied 87 rushing yards and scored twice.

Through the air, Justice completed one pass for 80 yards on a jet-sweep play to Morgan.

The Cougars remain on the road for game two on Thursday, August 30, when they travel to Olin to face North Iredell at 6:30 pm.

See more game details in the August 29 edition of The Taylorsville Times. 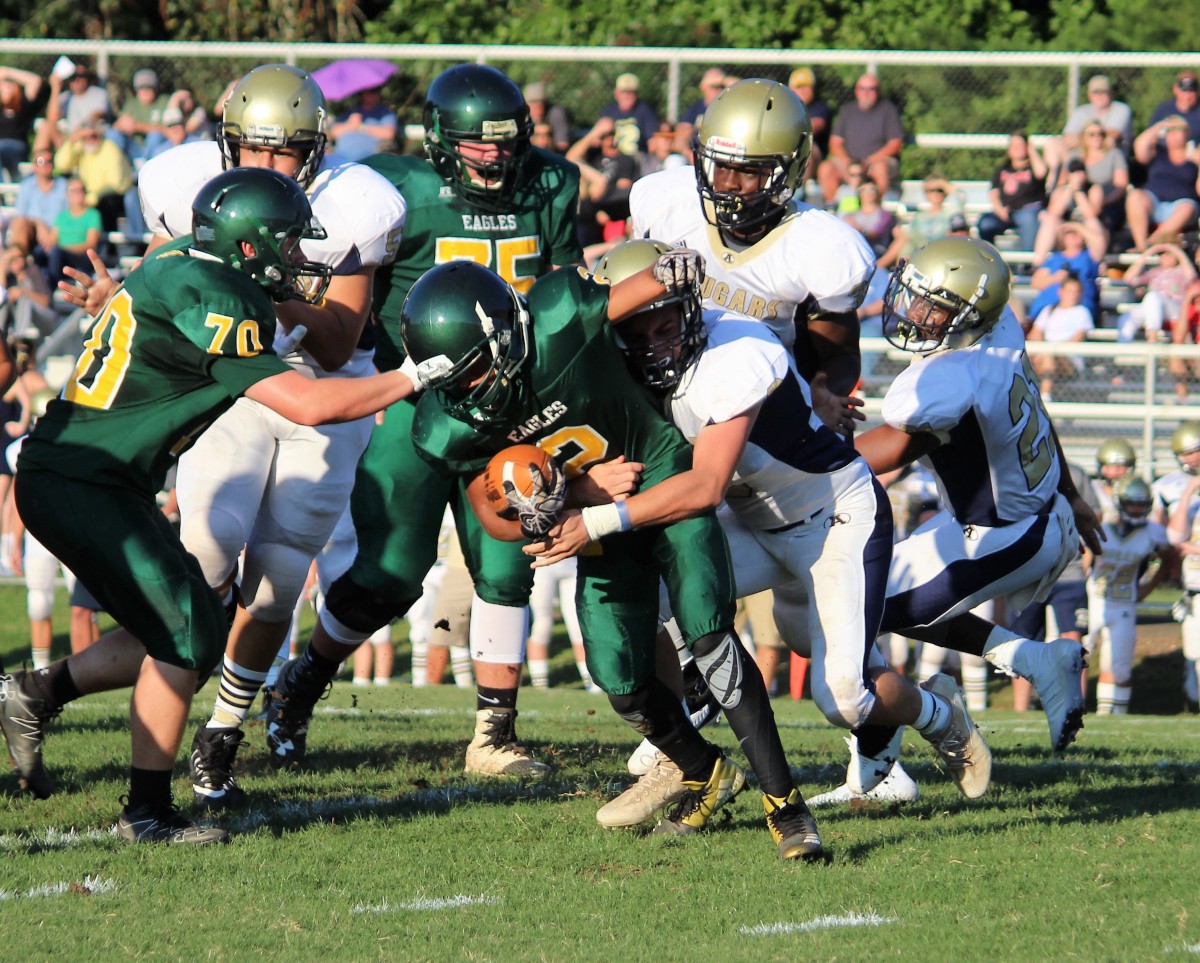