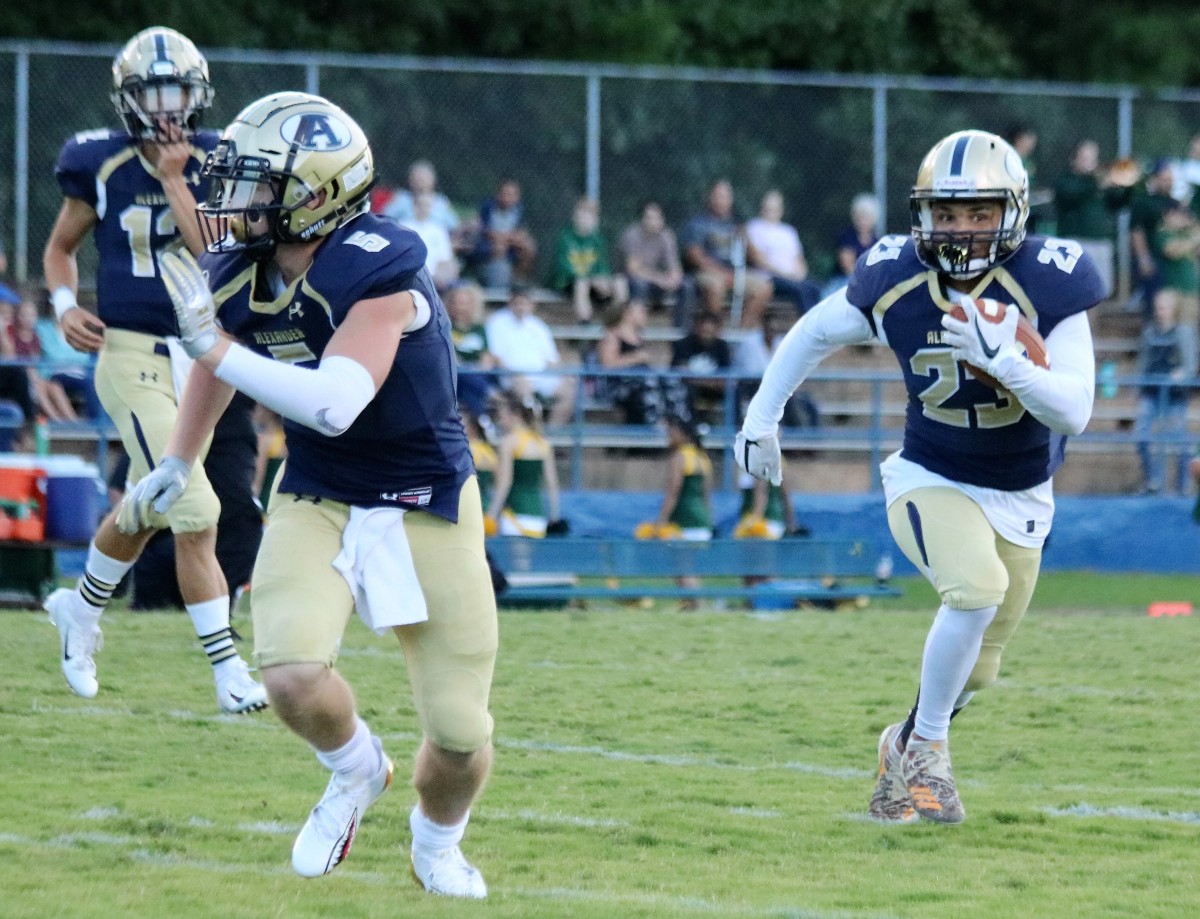 Steven Montgomery is off to the races on his way to a first quarter TD vs. Wilkes Central Friday night. @2018 TEAM HAJER 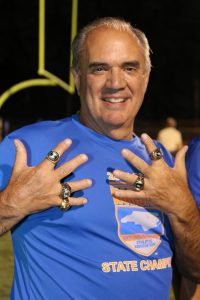 Lyndon Strickland scored four touchdowns, including a defensive score, to lead the 50-point barrage for the home team. Steven Montgomery added a pair of rushing TDs and compiled 120 yards on the ground, while junior Bryson Abernathy capped off the scoring with an interception return for a touchdown. 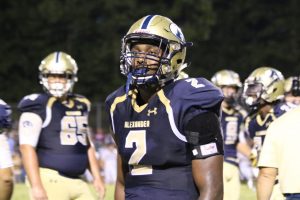 Led by Montgomery, the Cougars rolled up 314 yards rushing, limiting the Eagles to just 104 yards of offense on the night.

The Cougars improved to 2-0 on the season and will remain at home on Friday, August 31, when they host the North Iredell Raiders at 7:30 pm. The upstart Raiders are off to a 2-0 start this season after topping Forbush 28-22 on Friday.

At halftime of Friday’s game, the 2018 ACHS Softball Team members were presented with their state championship rings at a special ceremony.

See more game information and details in the August 29 edition of The Taylorsville Times. 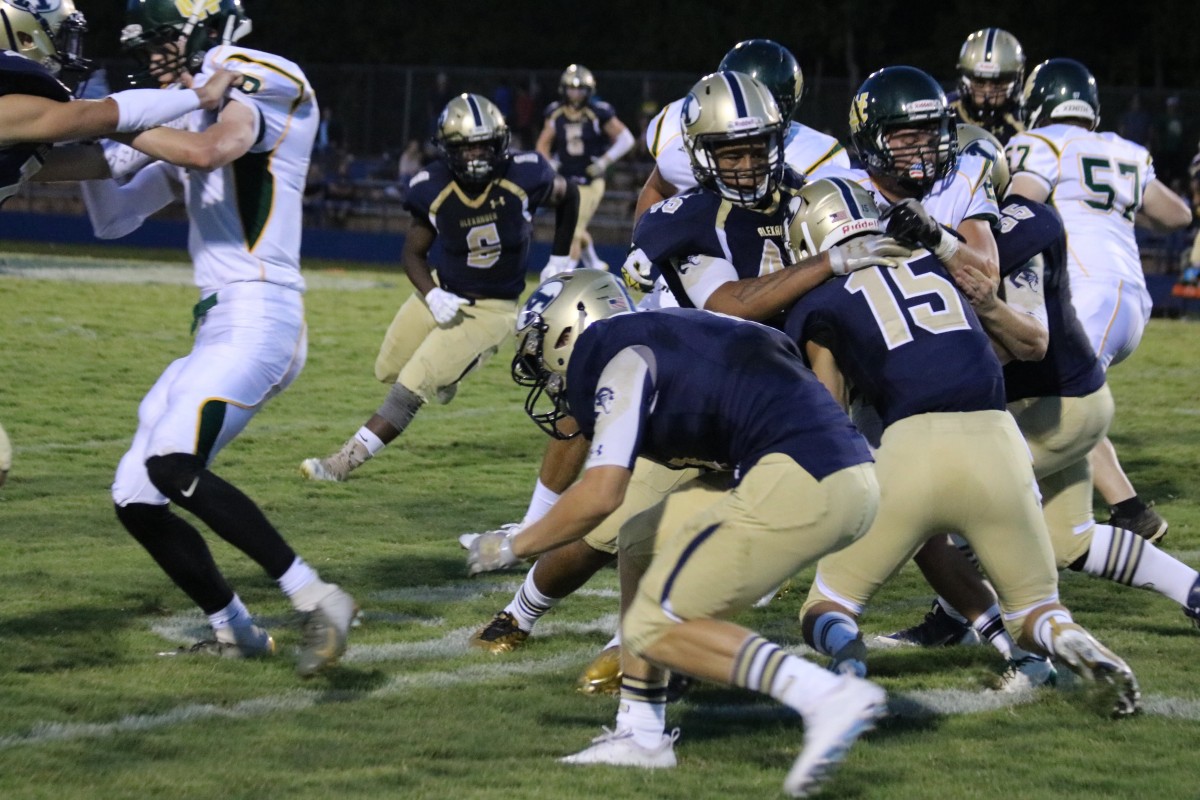 Ryheem Craig (45) and Colston Yount (15) team up to bring down a Wilkes ball carrier during Friday’s home opener. @2018 TEAM HAJER