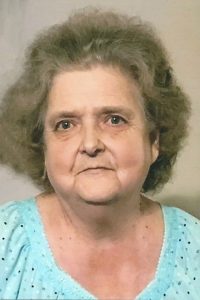 Linda Toney Hayes, 69, of Manor Lane, Hiddenite, passed away on Saturday, August 25, 2018 at her residence.

Mrs. Hayes was born December 7, 1948, in Tazewell, Virginia, the daughter of the late Vanie Toney and Elizabeth Thompson Toney.

She had worked for Bassett Furniture for 22 years, before retiring, and was a member of Kingdom Way Church in Stony Point, where she enjoyed the music. She was a woman of faith that dearly loved her family and friends. She enjoyed going to flea markets and auctions. She loved her two dogs.

Including her parents, she was preceded in death by a sister, Diane Sawyer, and a brother, Eugene Toney.

The funeral service will be held at 2 p.m., Tuesday, August 28, 2018 at Adams Funeral Home Chapel. Pastor Neal McCall will officiate. Burial will follow in the Hiddenite Cemetery. The family will receive friends one hour prior to the service.

Adams Funeral Home and Cremation Services is honored to be serving the Hayes Family.