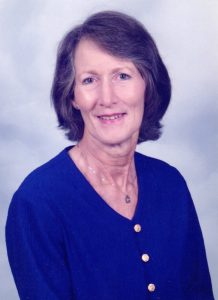 She was born on November 6, 1938, in Alexander County, to the late Lester V. and Vera Mae Beach Lowe. She worked for First Baptist Child Development Center and also at Millersville Baptist Child Development Center; she enjoyed working with and around children. Gail was of the Baptist faith, and in her spare time she enjoyed reading, cooking, and her family.

Along with her mother and father, she was preceded in death by a sister, Nancy Lowe; and two brothers, Sammy and Phil Lowe.

Those left to cherish her memory include the father of her children, Dennis Bumgarner of Taylorsville; two daughters, Teresa Bumgarner of Hiddenite, and Dawn Bumgarner Herman of Taylorsville; three grandchildren, Dylan Herman, Marcus Jolly, and Cassie Johnson; a great-grandchild; a sister, Linda Lowe of Worchester, New York; a number of nieces and nephews; and a special friend, Becky Moretz.

The visitation will be held on Tuesday, September 4, 2018 at Alexander Funeral Service from 6:00 – 7:30 p.m. The memorial service will follow at 7:30 p.m. with Rev. Bill Orren officiating. Inurnment will be with the family.

All memorials may be made to Relay for Life in care of Kendra Dyson.