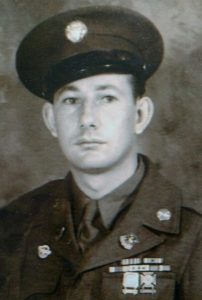 William Eugene Cline, 99, of Taylorsville, passed away on Wednesday, August 29, 2018 at his residence.

Mr. Cline was born May 8, 1919, in Alexander County, the son of the late Moses Uriah Cline and Naomi Ruth Austin Cline.

He was a US Army veteran, who had served during WWII. He had worked as an industrial machinist for over 58 years and retired in 2009, at the age of 90, after working over 33 years with Whiteside Machine and Repair, which he considered his second family.

He was a member of Friendship Lutheran Church, where he served as a former councilman and church treasurer. He loved his family and enjoyed fishing and baking lemon pies. He also was a member of American Legion Post 48, the Adult Sunday School Class, and a member of the Social Ministry Committee.

Including his parents, he was preceded in death by his wife, who he married on July 27, 1946, Freida Deal Cline; sisters, Lenabelle Cline Simmons and husband Dewey, and Willie Cline Hood and husband Warren; brothers, Bobby Cline and wife Ruby, Larry Cline, Leonard Cline and wife Ruth, and Conley Cline; and brothers-in-law, GP Deal and Paul Hefner.

The funeral service will be held at 11 a.m., Saturday, September 1, 2018 at Friendship Lutheran Church. Pastor Carol Yeager and Pastor Greg Yeager will officiate. Burial will follow in the church cemetery with full military honors accorded by American Legion Post 48. The family will receive friends from 6-8 p.m., Friday, August 31, 2018 at Friendship Lutheran Church.