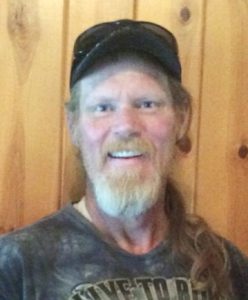 He was born June 29, 1964, in Franklin Township, Greene County, Pennsylvania, and was the adopted son, from nine years of age, of Thomas Allen and Ruth Ann Robinson.

He was a 1984 University High School graduate who loved the outdoors, hunting and fishing, and working on the property he and his friend had in NC. He worked for Carlos Steffey, Sr., in construction and demolition work, for 20 plus years.

He was preceded in death by his father, Thomas; his sister, Melody Robinson Kaiser; and his other family members, Deborah Colbourn, Carol Scott, and Junior Thompson.

Family and friends will be received for his viewing on Saturday, September 8, 2018 from 3:00 p.m. – 4:00 p.m. at Alexander Funeral Service. The funeral service will follow in the funeral home chapel at 4:00 p.m. Cremation will follow with a future private burial service at Mount Moriah Baptist Cemetery, Smithfield, Pennsylvania.

In lieu of flowers, his family requests family and friends who wish to make a memorial donation in his name do so to the American Cancer Society at 1901 Brunswick Avenue, Suite 100, Charlotte, NC 28207.