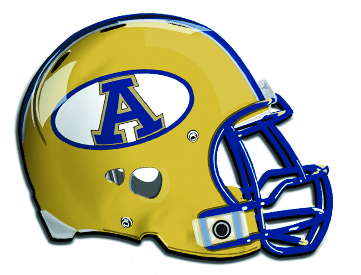 The Alexander Central JV Cougar Football Team  built a 30-0 lead early in the fourth period and cruised to a 36-6 win over North Iredell on Thursday evening, August 30, in Olin.   Sophomore running back Daniel Morgan ran for 218 yards and three touchdowns on just 10 carries in the 30-point victory. The win upped the Cougars record to 2-0 on the young season and bumped the program’s consecutive JV win streak to 25 games. 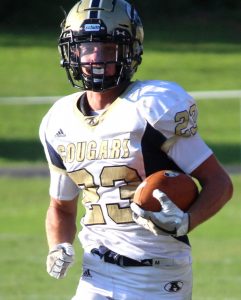 Sophomore back Daniel Morgan tallied 218 yards on the ground and scored three times in Thursday’s road win at North Iredell.

On defense, ACHS was led by Ethan Robinette with five tackles. Josh Stubbs finished with four total stops, while Luke Mitchell added three tackles.  On the night, ACHS gained 383 yards of offense, while limiting the Raiders to just 105 total yards.

The young Cougars will play their first home game of 2018 on Thursday, September 6, when they host North Lincoln at Cougar Stadium at 6:30 pm.

See more details about the team’s 36-6 win at North Iredell in the Wednesday, September 5 edition of The Taylorsville Times.