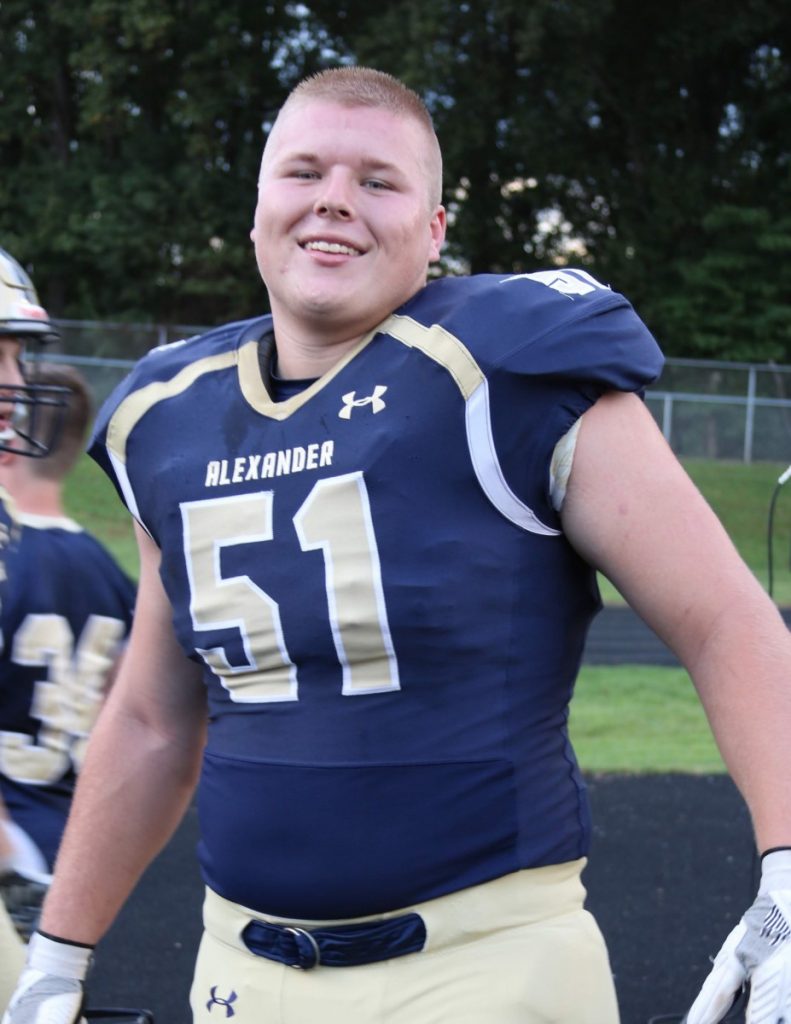 Senior Isaac Chapman has been invited to play in the 2019 Blue/Grey All American Game in Tampa Bay. @2018 Team Hajer

The reigning Defensive Player of the Year in the NWC and anchor of the ACHS defensive front this season, Chapman was selected out of more than 6,750 players that attended Blue/Grey Combines across the country.

The game will be played at Raymond James Stadium, home of the Tampa Bay Buccaneers, and will be broadcast nationally on ESPN 3.

Isaac is the son of Sonya and Gary Chapman of the Sugar Loaf Community. He is the first player in ACHS history to be invited to the prestigious Blue/Grey event.