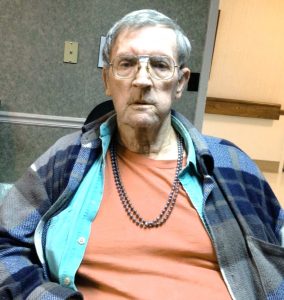 He was born on March 22, 1942, in Alexander County, to the late David Rapheal and Zelma Lee Sharpe Hartness.

John was many things, from a talented banjo player who opened for Earl Scurggs and Bill Monroe, to a mechanic who could fix anything. He was eccentric and was very artistic.

A graveside service will be held on Wednesday, September 5, 2018 at South River United Methodist Church starting at 3:00 p.m. with Rev. Paul Siceloff and the Rev. Gary Jennings officiating.

In lieu of flowers, all memorials may be made to Forgiven Ministry at 200 Macedonia Church Road, Taylorsville, NC 28681.