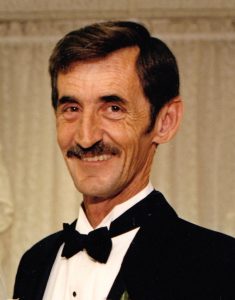 Royd Curlee Wike, age 70, of Taylorsville, died unexpectedly on Tuesday, September 4, 2018, at his residence. He was born in Alexander County on January 31, 1948, the son of the late Atwell Wike and his mother Dorothy Harrington Wike, who survives. During his career he worked as an assembly man for Broyhill Furniture and Metric Frame. Royd was a member at Salem Lutheran Church and had a special love for his family, especially his grandkids and watching them play sports. Along with his father, he is preceded in death by his wife Mary Ophelia Jolly Wike.

A memorial service to celebrate his life was held on Saturday, September 8, 2018, in the chapel at Alexander Funeral Service at 10:00 a.m. with the Rev. Jamie Steele officiating. The family mingled after the service. Inurnment is with the family.

Funeral arrangements were entrusted to Alexander Funeral and Cremation Service.

Condolences may be sent to www.alexfuneralservice.com