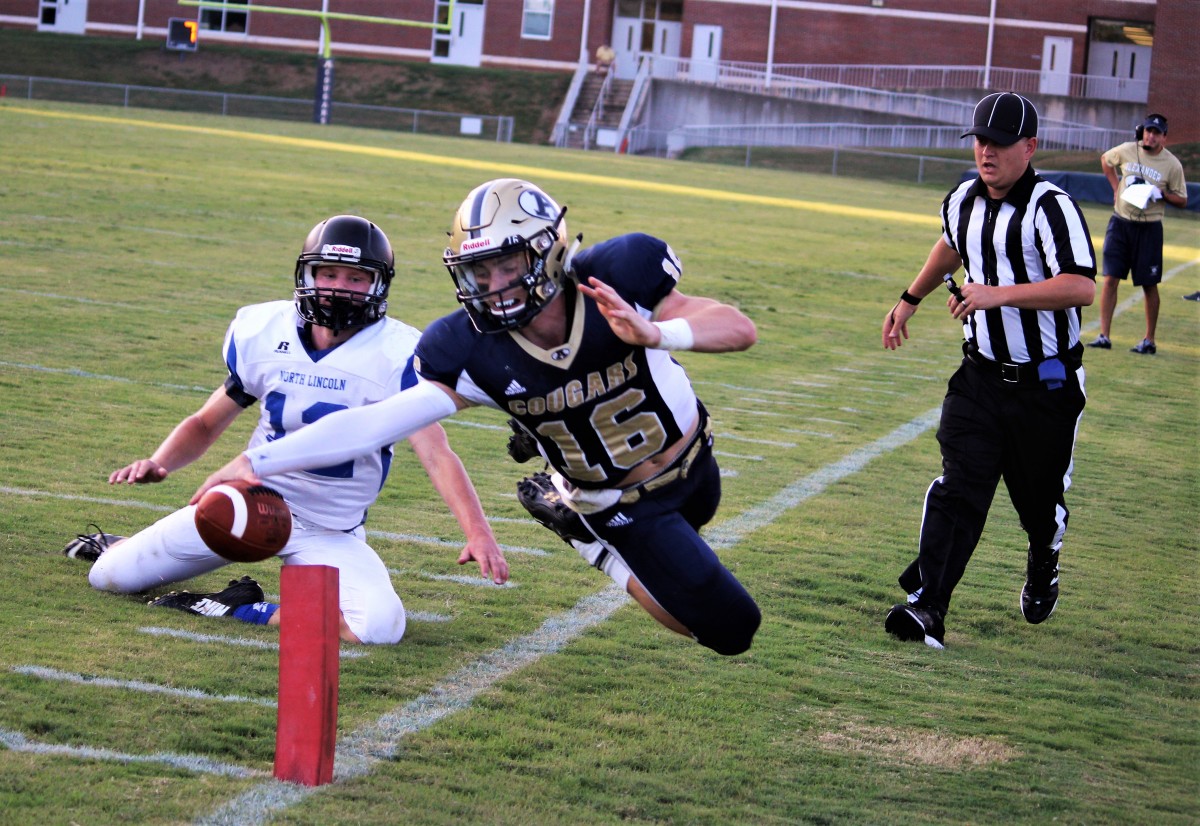 Sophomore quarterback Lance Justice reaches for the end zone pylon in an attempt to reach the end zone Thursday night.

The Alexander Central JV Cougar Football Team improved to 3-0 on the young season after winning its home opener 50-26 over the North Lincoln Knights on Thursday evening, September 6, at Cougar Stadium.

The win was the 26th straight for the Alexander JV program.

The young Cougars built a 28-7 lead at the half and never looked back en route to the huge win in the team’s first home game this season.

The Cougars outgained the Knights 453-253 on the night.

See more game photos and details in the Wednesday, September 12th edition of The Taylorsville Times. 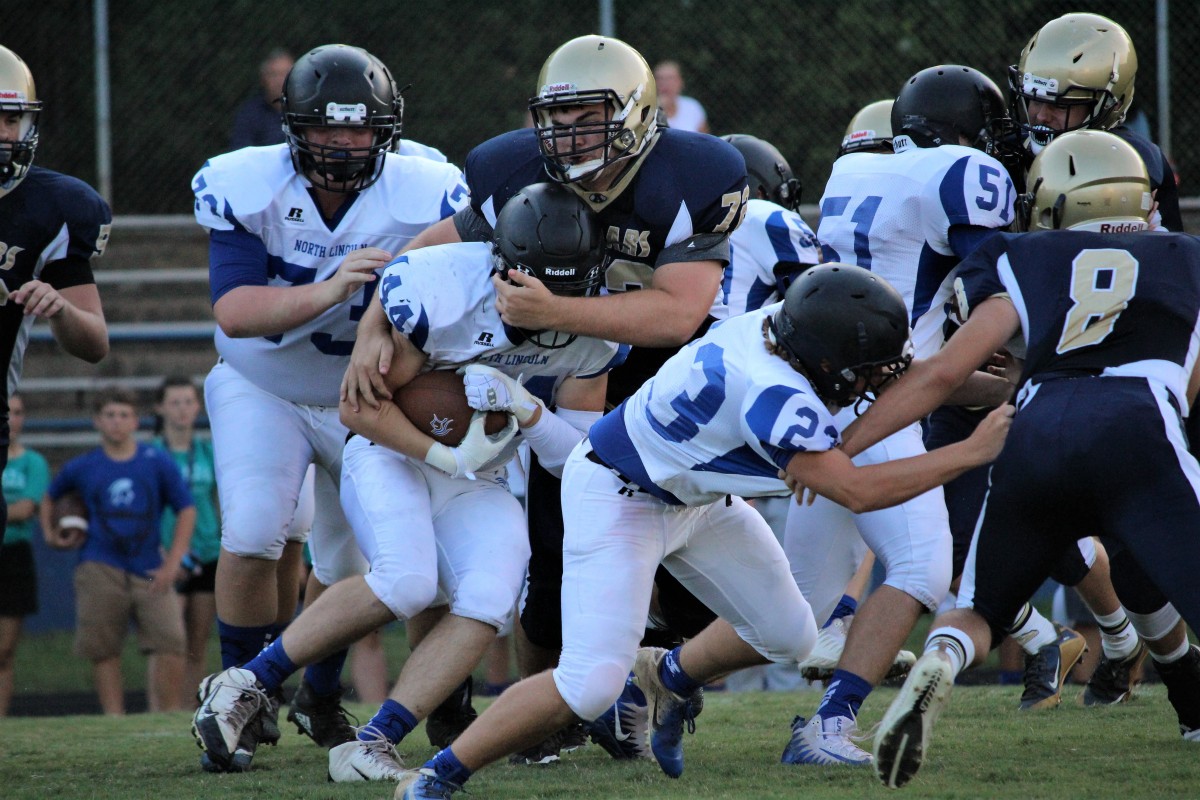